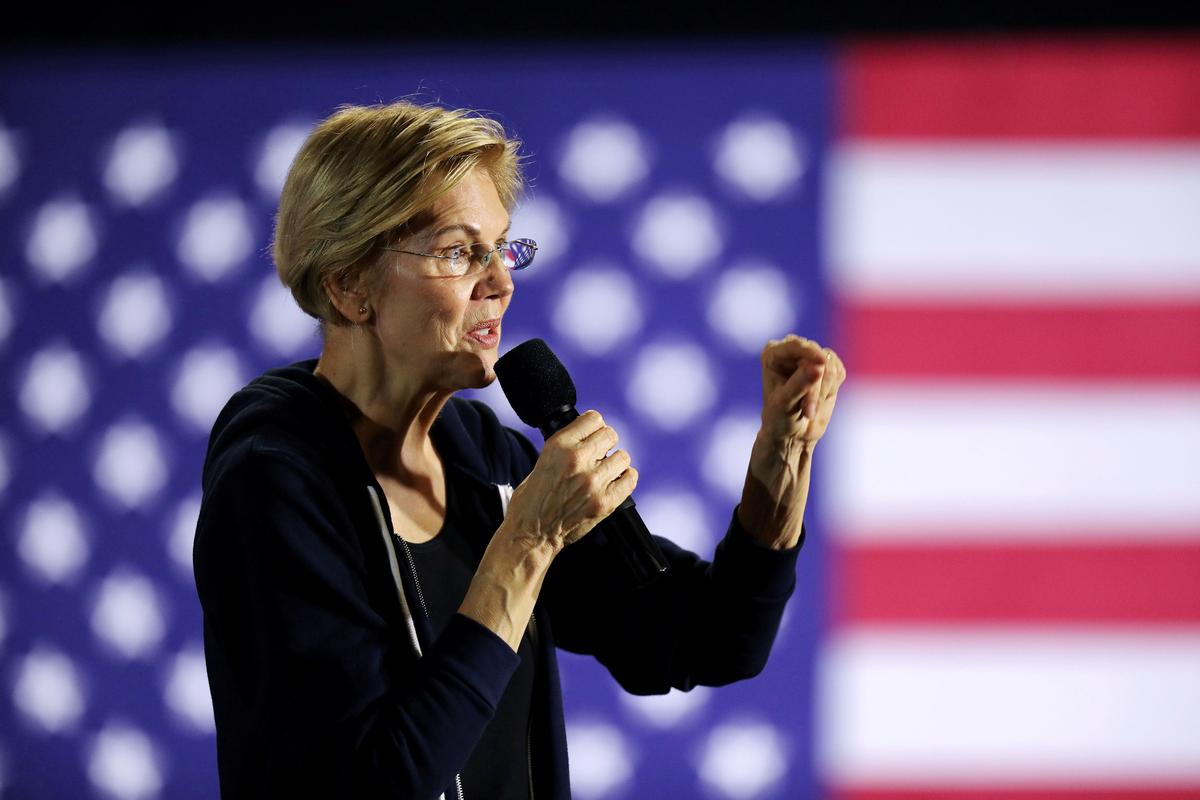 MANCHESTER, N.H. (Reuters) – Democratic presidential candidate Elizabeth Warren will focus on the corrupting influence of big money in politics and the need for “big, structural change” in an address in New Hampshire on Thursday, as she seeks to reenergize a stalled campaign.

Warren’s campaign was ascendant through the summer and early fall before fading in the face of sustained criticism from Buttigieg, Biden and other more moderate candidates over her support for the sweeping healthcare restructuring known as Medicare for All.

Warren is trying to refocus her campaign on her argument that the country’s political and economic systems have been corrupted by money and special interests, ensuring that the wealthy benefit at the expense of everyone else.

In her speech on Thursday, Warren accuses other candidates of kowtowing to rich donors and attacks them for refusing to release the names of their top fundraisers.

In recent weeks, Warren and Buttigieg traded barbs over the issue of transparency, prompting Warren to release details of her corporate legal work from decades ago and Buttigieg to agree to allow reporters to attend his high-dollar fundraisers and disclose the names of his major financial backers.

Warren has vowed not to hold fundraisers for her campaign.

She will also lay out an argument for why her familiar call for “big, structural change” is a better approach than the more temperate rhetoric employed by contenders like Biden and Buttigieg.

There are 15 Democrats running for the party’s nomination to challenge Republican U.S. President Donald Trump in the November 2020 election.

Many of these children could be treated – but doctors are struggling to keep them alive
‘Bullet Train’ & ‘Super-Pets’ Lick $100M+ Worldwide; ‘Minions’ Nears $800M – International Box Office
Author Gianluca Russo on The Power of Being Plus Size
Bourne Leisure founders check back into Butlin’s in £300m deal
One Dead, Dozens Injured After Spain’s Medusa Festival Stage Collapses