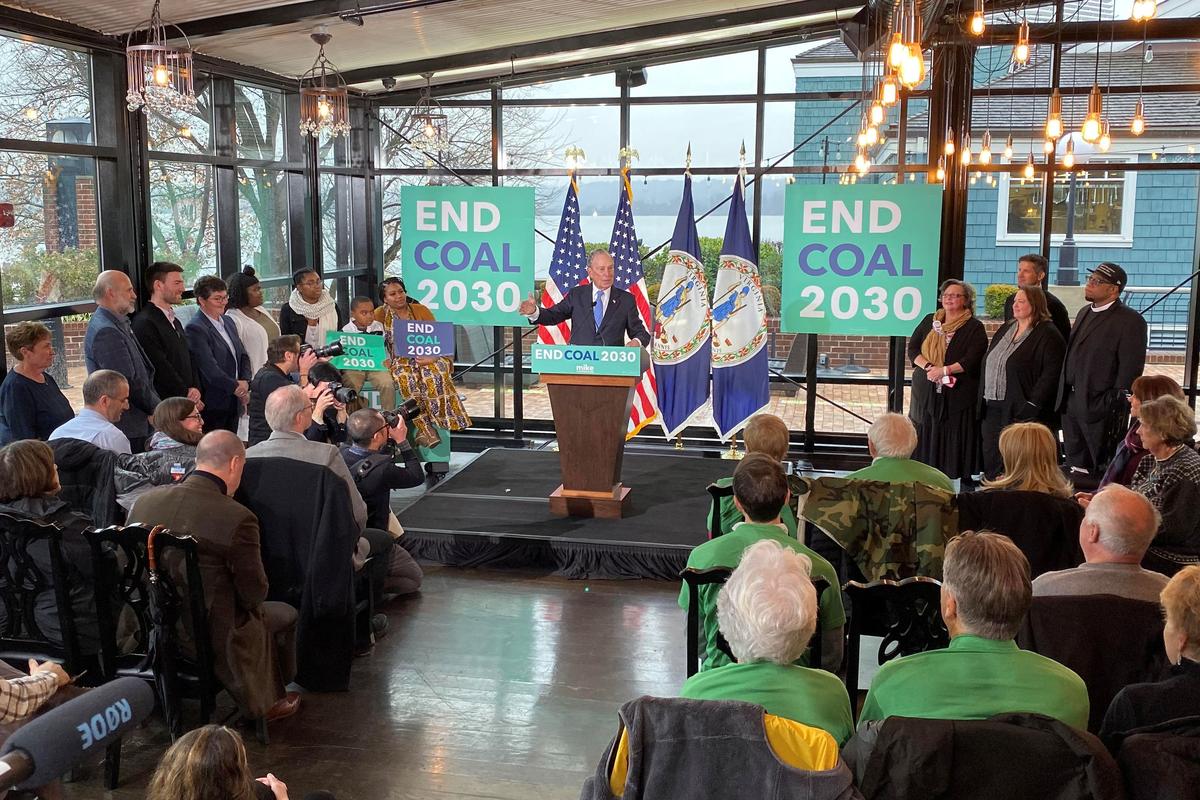 The billionaire former New York City mayor has been active on climate change for years.

The plan catches him up to a crowded field of Democratic presidential hopefuls who have already detailed aggressive plans here to eliminate U.S. greenhouse gas emissions, tapping into what has become a crucial issue for Democratic voters.

Bloomberg announced his candidacy last month, putting him among 15 Democrats vying to take on Republican President Donald Trump in the November 2020 election.

“We have to start working as hard as we can building a 100% clean energy economy because the alternative is just too bad for all of us,” Bloomberg said at a news conference, adding that he believes Trump is “the wrong person for the job.”

Trump has expressed doubts about the science of climate change, has rolled back climate regulations to boost drilling, and has moved to withdraw the United States from the Paris Agreement – an international accord to fight global warming.

Bloomberg’s plan would target 80% clean energy by 2028, and would be the first of several moves to take the country toward 100% clean energy quickly, ideally before 2045, his campaign said. Most other Democratic candidates also are seeking to move to a green economy within a couple of decades.

Bloomberg’s plan would do so by setting stringent pollution limits on new gas-fired plants, and by ending all subsidies for fossil fuels. Meanwhile, it would create incentives to improve clean-energy technology and invest in poor communities hurt by fossil fuel pollution, or that are struggling to transition to a cleaner energy economy.

In the meantime, Bloomberg said, drillers would likely need to rely on hydraulic fracturing technology to produce fuel.

“I think it’s fair to say fracking is the only way we are going to get gas and oil out of the ground,” he said. “The real issue is having regulations where they don’t have leaks.”

Other candidates, including U.S. senators Bernie Sanders and Elizabeth Warren, would ban fracking over concerns it can pollute ground water.

In 2011, Bloomberg helped the Sierra Club, a nonprofit green group, launch Beyond Coal, a campaign pressuring U.S. coal plants to shut. He has also funded America’s Pledge, a coalition of states, cities and business leaders committed to honoring the 2015 Paris Agreement.