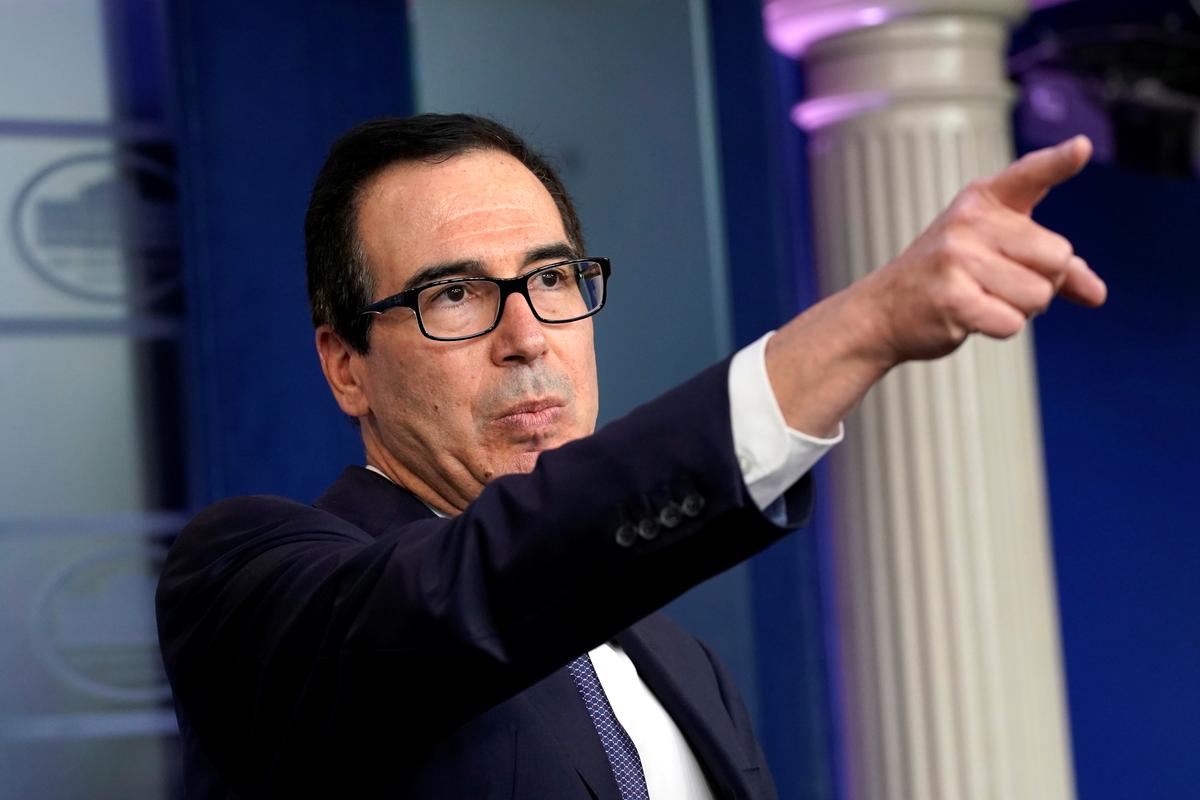 DOHA (Reuters) – U.S. Treasury Secretary Steven Mnuchin said on Saturday a “phase one” trade deal between the United States and China was “very good” for global economic growth, and added that the second phase could come in several steps.

The United States and China cooled their trade war on Friday, announcing a “phase one” agreement that reduces some U.S. tariffs in exchange for what U.S. officials said would be a big jump in Chinese purchases of American farm products and other goods.

Mnuchin said full details of the new deal, or a factsheet on “phase one”, would come out later on Saturday or on Sunday after both sides do fact and language checks.

“We expect it will be fully executed in January. And then we get to ‘phase two’,” Mnuchin told the Doha Forum conference in Qatar. “The most important issue is – lets make sure we implement ‘phase one’ with an enforceable agreement, which it is. And then we start negotiating ‘phase two’.

“There are important issue left in ‘phase two’. And perhaps there will be a ‘phase two A’, ‘phase two B’ and ‘phase two C’. We will see,” he said.

Mnuchin said the deal with China aimed to create more reciprocal trade relations for many years, adding that the deal would be “very good” for global growth.

He said the United States continued to remain the “bright spot” of the global economy, while Europe and Asia were slowing down.

Asked if the trade deal boosts U.S. President Donald Trump’s chances of getting re-elected in November 2020, Mnuchin said: “The president will be re-elected almost no matter what occurs. Because he has built an incredible economy and he is very focused on national security.”

Mnuchin also said he believed the United States campaign of maximum pressure on Iran was working and has drastically reduced Tehran’s ability to sponsor what Washington sees as terrorist groups abroad.

Asked if Washington’s broad and regular use of sanctions against many nations could undermine the long-term status of the dollar as the global reserve currency, Mnuchin said sanctions were often an alternative to open military conflicts.

“But if we are not careful with sanctions, people will start using other currencies,” he added.

Apple reportedly plans to put ads in more apps on your iPhone
Trump’s app Truth Social surges in popularity after FBI raid
‘People started falling on top of each other’: At least 41 people killed in fire at Egypt church
Days of Our Lives Round Table Week of 8-08-22: Are You Team JEric or Team Ericole?
Government ‘asleep at the wheel’ as Ofgem director quits over energy price cap change