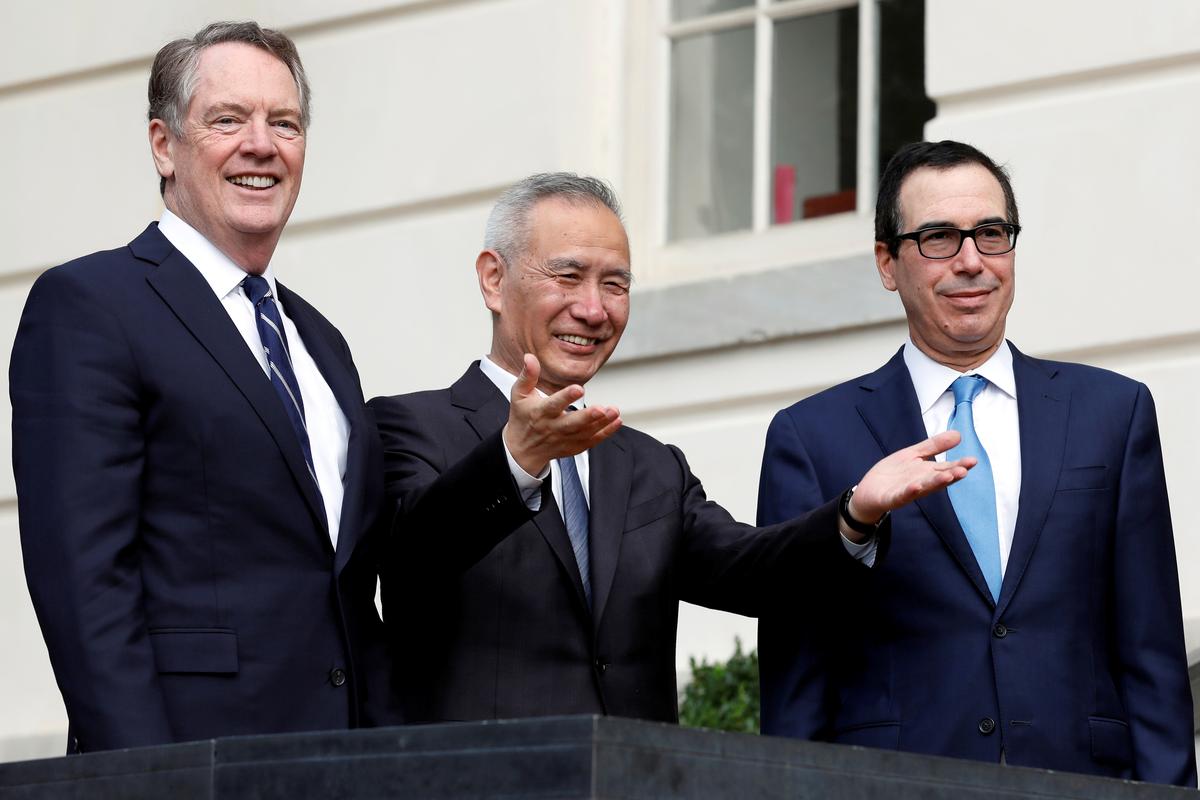 WASHINGTON (Reuters) – The “phase one” U.S.-China trade deal will nearly double U.S. exports to China over the next two years and is “totally done” despite the need for translation and revisions to its text, U.S. Trade Representative Robert Lighthizer said on Sunday.

Lighthizer, speaking on CBS’ “Face the Nation” program, said there would be some routine “scrubs” to the text but “this is totally done, absolutely.”

Lighthizer said a date and location for senior U.S. and Chinese officials to formally sign the agreement is still being determined.

The deal, announced on Friday after more than two and a half years of on-and-off negotiations between Washington and Beijing, will reduce some U.S. tariffs on Chinese goods in exchange for increased Chinese purchases of U.S. agricultural, manufactured and energy products by some $200 billion over the next two years.

China has also pledged in the agreement to better protect U.S. intellectual property, to curb the coerced transfer of American technology to Chinese firms, to open its financial services market to U.S. firms and to avoid manipulation of its currency.

Chinese purchases of agricultural goods are expected to increase to $40 billion to $50 billion annually over the next two years, Lighthizer said. The United States exported about $24 billion in farm products to China in 2017, the last full year before the world’s two largest economies launched a tariff war on each others’ goods in July 2018.

But Lighthizer said the success of the deal, announced on Friday, will be up to decisions by officials Beijing.

He said it would not solve all of the problems between the United States and China, because integrating China’s state-dominated economic system with America’s private-sector led system will take years.

Lighthizer called Friday the “most momentous day in trade history” because of the China deal and because the White House sent a revised U.S.-Mexico-Canada Agreement to Congress for approval votes. The two trade deals together cover some $2 trillion in overall trade, he said.

But the USMCA, which would replace the 26-year-old North American Free Trade Agreement, has run into some last minute snags as Mexico’s chief negotiator, Jesus Seade, has objected to congressional language on implementation of the trade deal that calls for the designation of up to five U.S. experts to monitor Mexico’s compliance with labor reforms.

Seade is due to travel to Washington on Sunday to raise his objections with Lighthizer.

New Phase of Matter Created in Quantum Computer, Could Act as Long-Term Quantum Information Storage
‘They Thought My Daughter Was Being Kidnapped’: The Struggles Of A Multiracial Family
Fall 2022 preview: Most anticipated romance
Elon Musk says Tesla has made over 3 million cars
Liz Truss backed by 11 government whips in latest blow for Rishi Sunak