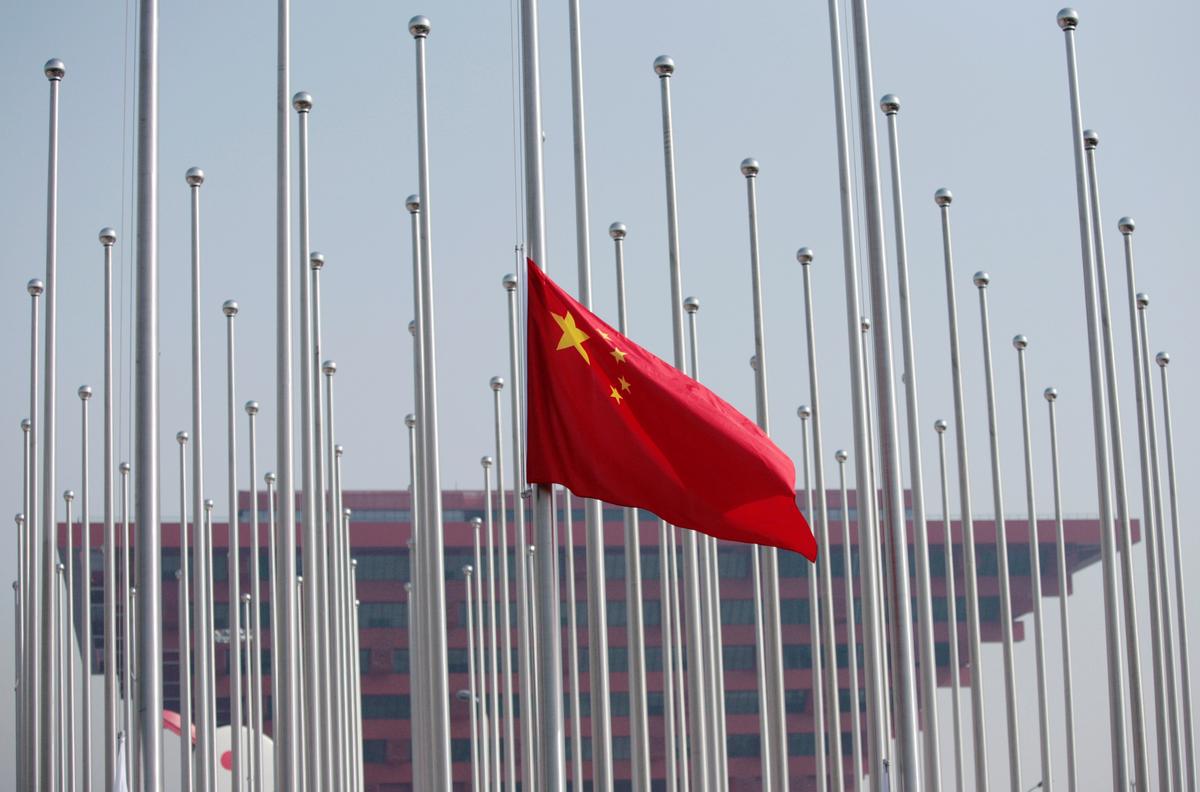 WASHINGTON (Reuters) – The U.S. government covertly moved to expel two officials from the Chinese embassy earlier this year, after they drove onto a military base, the New York Times reported, citing anonymous sources familiar with the matter.

FILE PHOTO: The Chinese flag is raised in front of the China Pavilion during a flag raising ceremony at the Shanghai World Expo site in Shanghai April 30, 2010. REUTERS/Alfred Jin/File Photo

The newspaper reported here on Sunday that one of the two Chinese officials is believed to be an intelligence officer operating under diplomatic cover.

The Chinese officials breached security at a base in Virginia this fall, and only stopped driving after fire trucks were used to block their path, the Times said.

A law enforcement official familiar with the episode confirmed to Reuters that the account in the New York Times is accurate.

An FBI spokeswoman declined to comment. The State Department did not immediately respond to a request for comment about the incident.

The Chinese Foreign Ministry and Chinese Embassy in Washington could not be immediately reached for comment.

Though the exact reason for why the Chinese officials drove onto the base in Norfolk, Virginia was unknown, American officials believe it may have been to test security, one source told the newspaper.

When they finally stopped driving, the Chinese officials told the military guards they had gotten lost.

Weeks later, on Oct. 16, the State Department issued new rules on Chinese diplomats which require them to notify the department before they have any meetings with local or state officials, or with educational and research institutions.

The United States in recent years has stepped up efforts to combat concerns about suspected spying by the Chinese.

The administration also slapped tariffs on a variety of Chinese goods, and the Justice Department has aggressively pursued prosecutions of suspected spies.

Your iPhone can identify any song with just a tap. Here’s how to set it up
Ethereum just pulled off its final test run ahead of one of the most important events in crypto
Suspect in Salman Rushdie attack charged with attempted second degree murder
ero808 Releases BLACKHOLE Remix Pack and Shöckface Inversion
Dates announced for Royal Mail strikes as workers call for ‘dignified, proper pay rise’