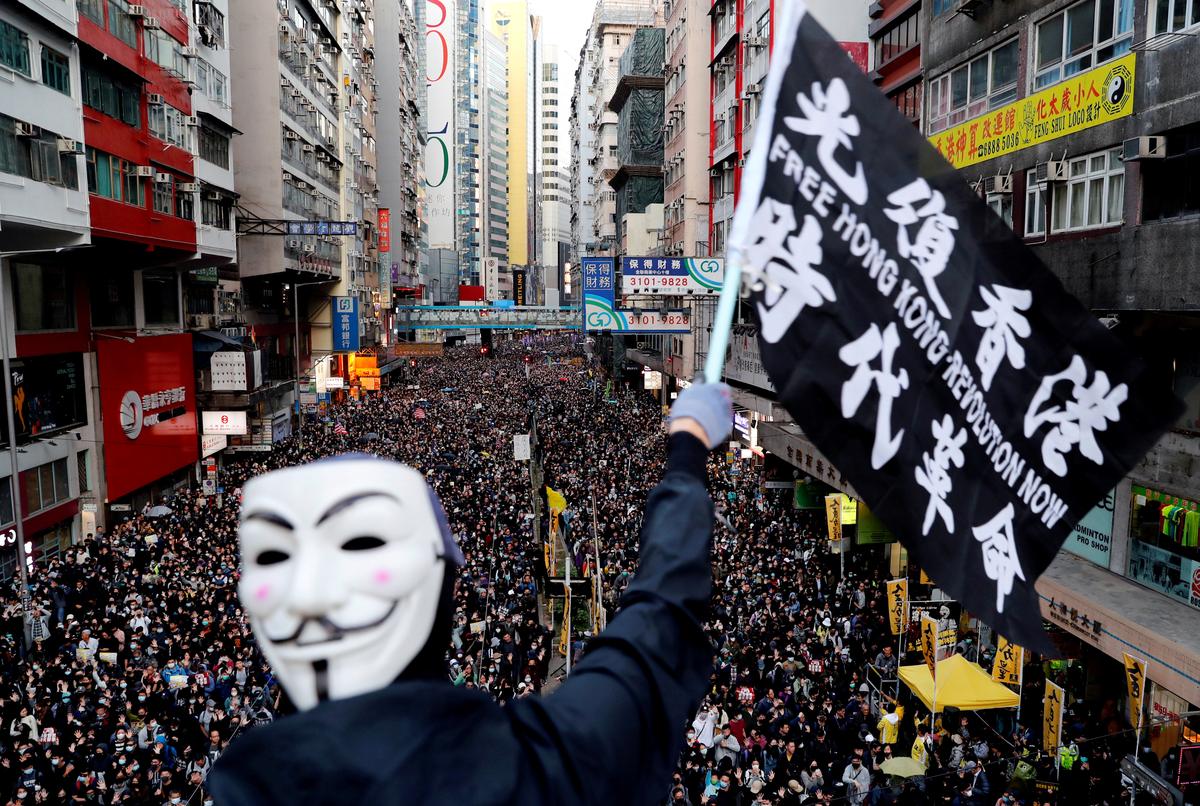 HONG KONG (Reuters) – Chinese Premier Li Keqiang met with Hong Kong leader Carrie Lam in Beijing on Monday, saying the Asian financial hub was not yet out of the “dilemma” facing the city’s economy after months of sometimes violent protests.

Li met with Lam during a regular duty visit where she is also due to hold a potentially pivotal meeting with President Xi Jinping.

The meetings come after Hong Kong police fired tear gas in late night street clashes with anti-government protesters on Sunday as the former British colony’s worst political crisis in decades drags on into a seventh month.

“The SAR (special administrative region) government must continue its efforts, end violence and stop the chaos in accordance with the law and restore order,” Li said in his meeting with Lam, the opening remarks of which were broadcast by Cable TV.

Lam’s visit comes amid speculation in local media that talks with Xi could yield fresh directives on the city’s political crisis, including a possible cabinet reshuffle.

The two had previously met in Shanghai in early November when Xi expressed “high trust” in Lam despite the turmoil.

Lam, however, appeared to play down the prospects of a cabinet reshuffle before she left, saying the first task was to curb violence and restore order, while seeking to engage in more dialogue with the public.

Late on Sunday, groups of masked youths – angered by what they see as Chinese meddling in freedoms promised to Hong Kong when the former British colony returned to Chinese rule in 1997 – blocked roads around Mong Kok district, prompting police to fire multiple rounds of tear gas and baton charge crowds.

It was the first time in nearly two weeks that tear gas had been deployed by police.

Fires were lit and traffic lights smashed, while one student reporter for Baptist University was hit in the face by a police projectile and had to be hospitalized, local television footage showed.

Despite the protesters’ demands and anti-China rhetoric, China maintains it is committed to the “one country, two systems” formula granting Hong Kong a large degree of autonomy and freedoms denied other cities in the mainland.

The city, home to around 7 million people, entered its first recession in a decade in the third quarter with tourism and retail particularly affected by the sometimes violent protests.

Lam’s administration has pledged HK$25 billion ($3.2 billion) in stimulus but analysts say it is unlikely to have a major impact as long as the unrest continues.

Some 7,000 licensed retail establishments out of 64,000 say they will be forced to close down in the next six months, the Hong Kong Retail Management Association said earlier this month.

While the number of protests has lessened in recent weeks from demonstrations nearly every day, the movement still enjoys broad backing, with families with children and retirees still coming out in support.

Protesters have called on the government to address their demands which include an independent inquiry into police behavior and the implementation of universal suffrage.