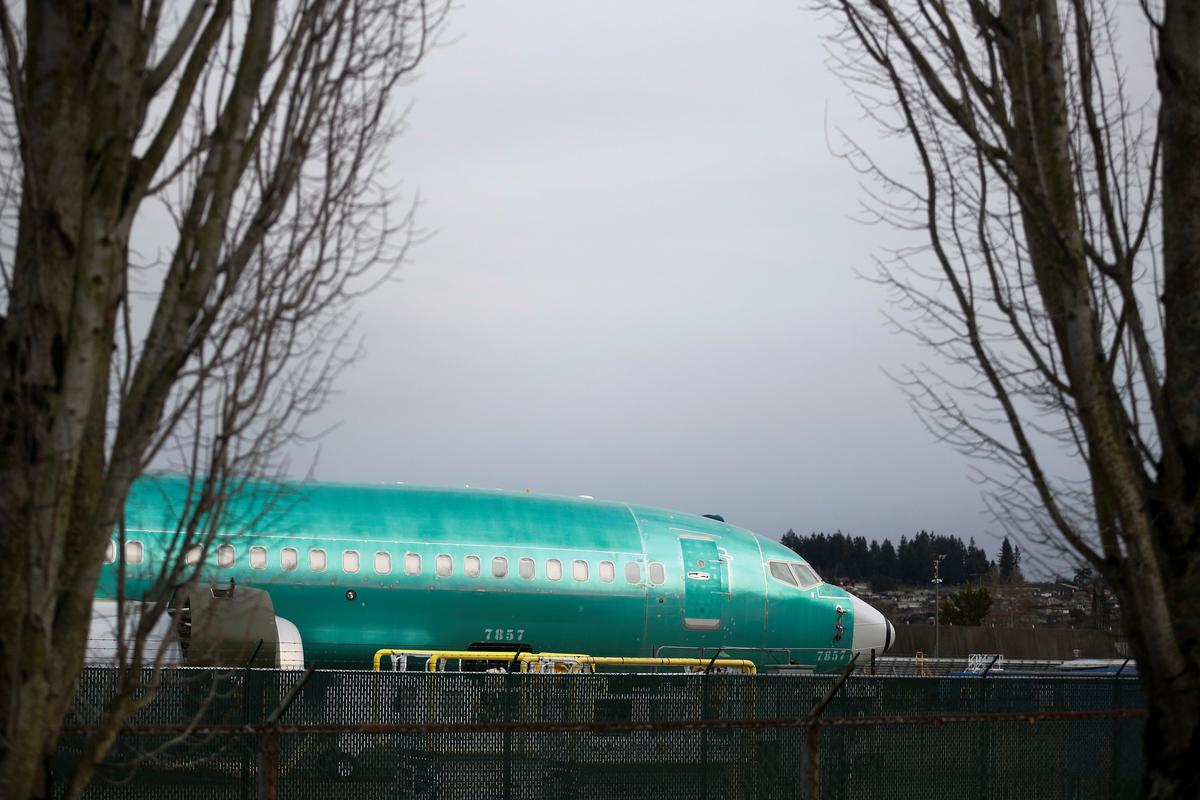 WASHINGTON (Reuters) – Boeing Co’s (BA.N) decision to stop production of its best-selling 737 MAX aircraft involved in two fatal crashes will impact the U.S. economy and employment, but the pain may be brief and concentrated in areas where suppliers are located, analysts and executives say.

While Boeing has said it would not lay off any of the roughly 12,000 employees who make the 737, the planemaker’s suppliers may not be able to keep all of their workers, which could hurt U.S. employment numbers or consumer spending and dent GDP.

However, resuming production will provide a lift to GDP, Feroli wrote – whenever that occurs.

Boeing holds unique sway in the U.S. economy: It is the largest U.S. goods exporter and is the largest weight in the Dow Jones Industrial Average .DJI, the blue chip stock index tracked worldwide as a bellwether of wealth creation.

Since a global grounding of the Boeing 737 MAX in March that froze deliveries and is still ongoing, key U.S. economic data series such as durable goods orders and export sales have taken a hit. Aircraft exports between March and October are down $5.5 billion from their level over the same period a year ago, adding to a drag on national economic growth from slumping overseas sales.

Boeing has not said how long production will be frozen but the Society of Professional Engineering Employees in Aerospace, a union representing Boeing and its suppliers’ workers, said: “The company expects the shutdown to be measured in weeks, not days.”

The tight U.S. labor market – the national unemployment rate of 3.5% is near a half-century low – means that massive layoffs of full-time workers are unlikely. But suppliers could trim hours and continue cutting contract workers, which may have an outsized impact on some communities just before Christmas, analysts say.

While Boeing will not lay off workers, it relies on a chain of hundreds of suppliers, many of them in Ohio, Kansas, and Washington state, said Byron Callan, managing director, Capital Alpha Partners.

“Boeing is going to take some lumps here. The biggest question is how long this shutdown will last. Does this stretch out for another month or two or three,” Callan said.

Wichita, Kansas-based Spirit AeroSystems Holdings Inc (SPR.N), for example, already cut contractors and temporarily reduced the work week for employees to 32 hours in June. They went back to full-time employment in September.

Boeing is Spirit’s biggest customer. It makes an estimated 70% of the 737’s parts and employs 17,000 people around the world, including more than 10,000 in Wichita, where it is the biggest employer in a city of about 390,000 residents with a 3.1% unemployment rate.

Seattle, where the bulk of Boeing’s employee base is located, has an 3.3% unemployment rate.

2022 gift ideas from the editors of BookPage
Worst result for Tories in Chester for nearly 200 years as Labour comfortably wins by-election
Harry Kane sends best wishes to Pele after report football legend is receiving end of life care
Ahead Of Avatar 2’s Premiere, Producer Jon Landau Gives A Hopeful Update On The Alita: Battle Angel Sequel
The Best Books of the Year, According to Oprah Daily