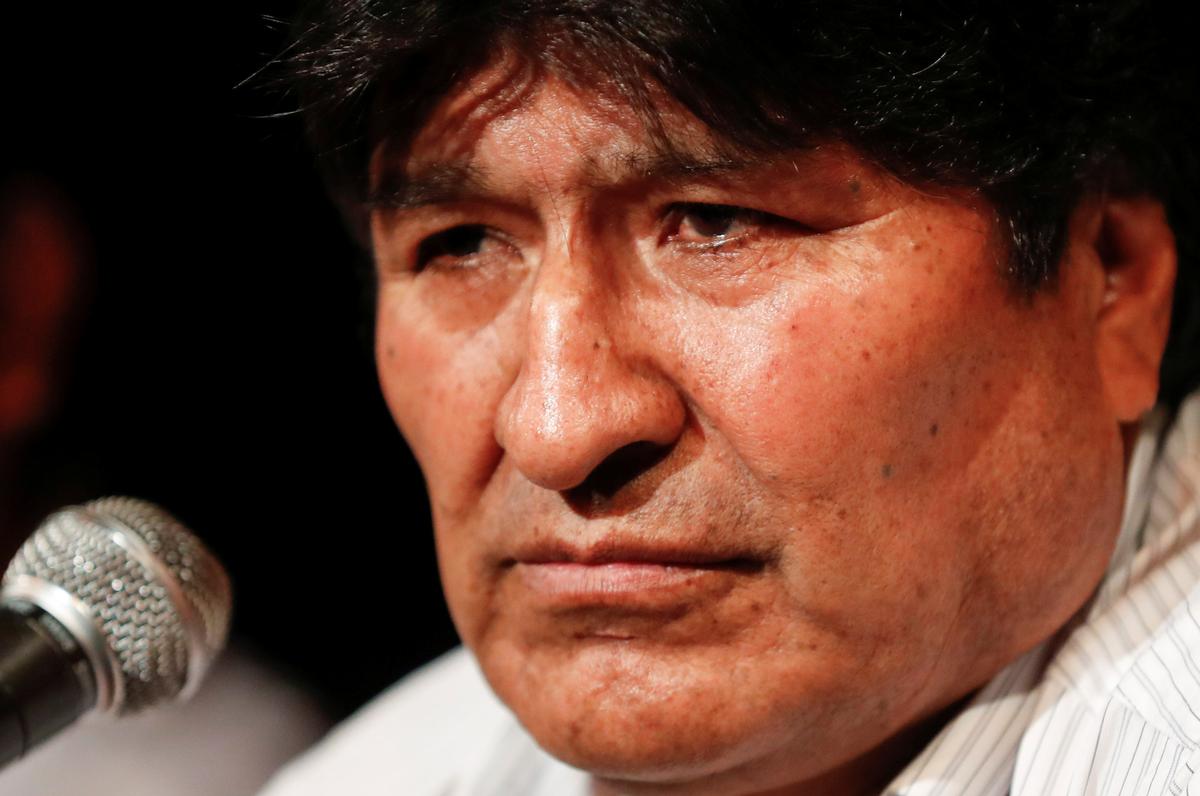 BUENOS AIRES (Reuters) – Bolivia’s former President Evo Morales defended his right to be involved in politics on Tuesday and said he would campaign to help his socialist party win new elections after he resigned under pressure in November and sought refuge abroad.

The leftist leader, in his first press conference since arriving in Argentina last week, said he planned to remain active in his Movement to Socialism (MAS) party as it mulls several names for candidacy in the next elections.

“I am not a candidate. I will not be a candidate as things are, but I have the right to do politics,” Morales said. “I am convinced that we will win the upcoming elections again.”

A date for the next elections has not been set.

Morales, who had been in power for nearly 14 years, resigned and left Bolivia in mid-November after an Organization of American States audit found serious irregularities in the way votes were counted in the Oct. 20 election.

Morales resigned under pressure from the armed forces and maintains that he was ousted in a right-wing “coup.” He left for Mexico where he spent about a month before flying to Buenos Aires.

Morales arrived in Argentina two days after the inauguration of President Alberto Fernandez who had said before taking office that Morales would be welcome in the country.

The Forever Witness
Bret Taylor steps down as co-CEO of Salesforce, leaving Marc Benioff alone at the helm
Kanye West Storms Off Podcast After Being Challenged Over Antisemitic Views
HSBC to close over a quarter of its branches – is yours affected?
50 migrants diagnosed with diphtheria in UK this year, with most in last two months