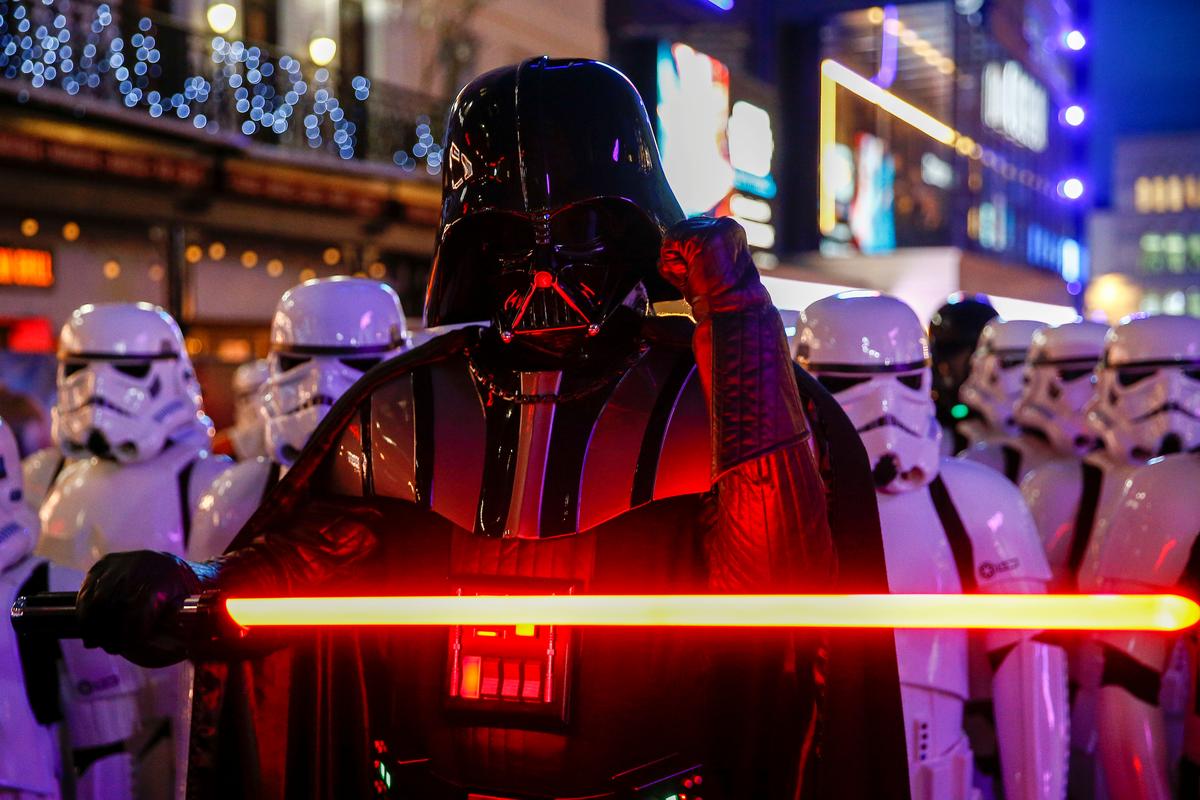 “Rise of Skywalker,” which debuts in theaters around the globe on Thursday, is the ninth and final installment in a story begun in 1977, when George Lucas introduced a young space hero named Luke Skywalker alongside an enchanting collection of droids and otherworldly characters.

On the Rotten Tomatoes website, 57 percent of 157 reviews for “Rise of Skywalker” were positive as of Tuesday morning. That ranked as the second-lowest score among the nine films, ahead of only the 53 percent for “The Phantom Menace.”

Reviewers who praised “Rise of Skywalker” called it a satisfying conclusion to a beloved story, while critics said the movie directed by J.J. Abrams seemed to play it safe in order to please longtime fans.

Jack Coyle of the Associated Press called the movie a “scattershot, impatiently paced, fan-servicing finale that repurposes so much of what came before.”

Justin Chang of The Los Angeles Times described it as “an epic failure of nerve.”

“This ‘Rise’ feels more like a retreat, a return to a zone of emotional and thematic safety from a filmmaker with a gift for packaging nostalgia as subversion,” Chang wrote.

Others said the filmmakers succeeded with the difficult task of producing a fitting end to a story that has drawn generations of passionate fans.

Brian Lowry of CNN.com said the movie “proves highly satisfying as an end not just to this trilogy, but a saga 42 years in the making.

“Abrams has made a ‘Star Wars’ movie aimed at the people who love it best,” he said.

Fan reactions often differ from film critics’, and box office analysts expect audiences to buy around $200 million worth of tickets to “Rise of Skywalker” in the United States and Canada over the weekend. That would earn a place among the biggest movie openings of all time.

Disney has forecast a lower debut of around $160 million from Thursday through Sunday, followed by strong interest around the Christmas holiday.

‘Another blatant example of double standards’: Qatar reviews investments in London after ad ban
What’s being done about ‘murder-for-hire’ sites on the dark web, and how dangerous are they?
Tech’s reality check: How the industry lost $7.4 trillion in one year
Trespasses
I lived through China’s COVID lockdowns for the best part of three years – it’s a miserable existence