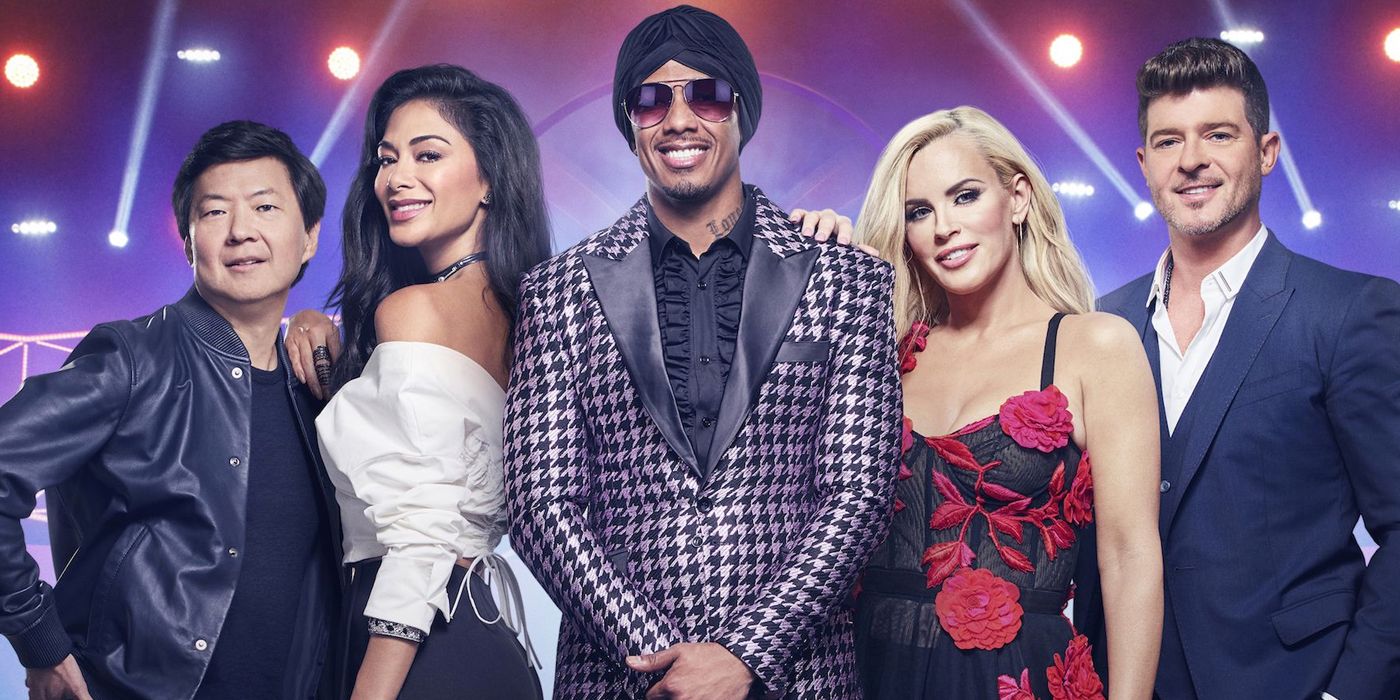 Nick Cannon says that Eminem will never reach legendary status amid their current feud. The host of The Masked Singer dropped a controversial diss track questioning Eminem’s talent, among other things, just one week before his ex-wife Mariah Carey hit number one on the Billboard charts with her Christmas anthem, “All I Want for Christmas is You.”

Cannon’s epic diss track was dropped December 10. It boasts a number of accusations against Eminem, including one that he voted for Donald Trump, and another implying that he’s had cosmetic procedures. Just one day before, Cannon released his first anti-Eminem jam called “The Invitation.” Cannon took shots at Slim Shady’s sexuality, and even his alleged drug addiction. However, the most cutting insult was the one Cannon made regarding Eminem’s reputation as a legend in the music world.

In his new track, Cannon raps: “Used to be the king of the world, Ludacris, lucrative lyrics / Now all you do is just growl / Like you got Tourettes and hysterics,” later adding, “Maybe it’s your Mommy issues / Maybe you’re white devilish spirit.” Cannon’s final blow is the shot heard around the world:“Viewed in America as a motherf*ckin’ drug addict” who will “never be a legend.”

For those who feel that Cannon’s row with Eminem is uncharacteristic, think again. Talk show host Wendy Williams reported in late 2019 that the presenter and Nickelodeon philanthropist allegedly has ties to convicted felon Suge Knight and his label Death Row Records. There were also rumors that Cannon lost his America’s Got Talent gig over jokes in his stand-up routine that were thought to be too urban and not consistent with the America’s Got Talent brand.

Then there’s Eminem. The Michigan-based rapper has gone after musician Moby, reality star Kourtney Kardashian, and even comedian Tom Green in his lyrics. Eminem is known for being so fearless on the mic that his colleague 50 Cent rushed to his defense on Instagram, criticizing Cannon for his song. “I don’t understand to save my life why someone would pick a fight with EM. He is a different kinda animal, I haven’t seen a motherf–ker come close to beating him man. hey Nick that s–t was trash, I oughta kick you in yo ass when I see you PUNK!”

Nick Cannon’s song “Pray For Him” certainly isn’t the first highly publicized rap feud. Music fans remember the infamous Drake and Meek Mill beef, as well as Remy Ma’s feud with Nicki Minaj. However, “Pray for Him” is one of the few times that someone has dared to challenge Eminen on the mic. Cannon’s rhymes hold nothing back and definitely paint a picture of Carey’s other ex, which is anything but flattering. While there’s been no response from Eminem just yet, the loquacious rapper is not known to bite his tongue when attacked. When he’s ready to respond, it is sure to be outrageous. It’s commendable that the Masked Singer host is still supporting his ex-wife as much as he does. After all, Cannon and Carey have two children together. However, Carey’s recent number one hit on the Billboard charts with her timeless carol, “All I Want for Christmas is You,” shouldn’t be sullied by the men in her life.

Ebony March is a contributing writer at Screen Rant. Her career in entertainment journalism began in 2007 as a film and music reviewer. Before joining Screen Rant’s Reality TV beat in 2019, Ebony was a contributor at Guitar World and Intent (now Intent Blog). She freelanced as a digital news producer at KABC-TV in Los Angeles and was a freelance producer at the Los Angeles Times.
Ebony’s interest in social activism, music, and pop culture led to appearances on 60 Minutes, MTV’s Subterranean and 12 Angry Viewers, as well as Comedy Central’s Beat the Geeks.
In her spare time, you’ll find Ebony poring over interior design feeds on Pinterest, or obsessively binge-watching episodes of Saturday Night Live. She’s also an avid cook and player of classic 8-bit video games like Galaga and Ms. Pacman. Follow Ebony on Twitter.