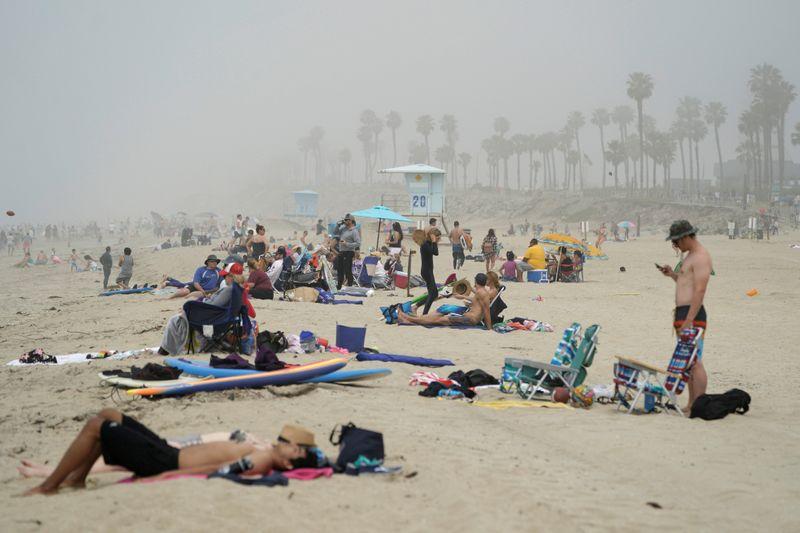 (Reuters) – California Governor Gavin Newsom will announce on Thursday the closure of all beaches and parks in the state amid concerns over the coronavirus pandemic after crowds jammed beaches last weekend, according to a memo seen by Reuters.

The memo was sent on Wednesday by the governor’s office to California’s police chiefs to plan ahead of Newsom’s announcement on Thursday.

“After the well-publicized media coverage of overcrowded beaches this past weekend, in violation of Governor Newsom’s Shelter in Place Order, the Governor will be announcing tomorrow that ALL beaches and all state parks in California will be closed, effective Friday, May 1st,” the memo read.

Newsom’s office and the California Police Chiefs Association did not immediately respond to a Reuters request for comment.

While Newsom, a Democrat, has said that curbside retail, manufacturing and other “lower-risk workplaces” should reopen in California within weeks as testing and contact-tracing improve, he has also said the state will step up enforcement of coronavirus-related public health restrictions after the scenes of crowded beaches last weekend.

Officials in the U.S. state’s Orange and Ventura Counties allowed access to their beaches during the warm spring weekend, prompting families and groups to head to the ocean.

The crowds on the beaches put at risk California’s progress in slowing the advance of the novel coronavirus, Newsom said on Monday.

The crowds also exemplified the tension that officials throughout the United States are dealing with as residents chafe under stay-at-home orders and some states begin to loosen them.

In response to the proposed closure of the state parks and beaches in California, Orange County Supervisor Donald Wagner said it was not a wise step.

“Medical professionals tell us the importance of fresh air and sunlight in fighting infectious disease, including mental health benefits,” Wagner said, adding that the order could undermine the cooperative attitude of the county’s residents.

A Reuters tally shows the United States has by far the world’s largest number of confirmed COVID-19 cases at more than a million, with total deaths topping 60,000 by late Wednesday tmsnrt.rs/2VGfMnU.

Reporting by Kanishka Singh in Bengaluru; Editing by Gareth Jones

Kate Middleton Goes Glam in a Black Column Gown at the ‘Top Gun: Maverick’ Premiere
UFO Sightings Discussed in First US Congressional Hearing, Scientists Seek More Data
Apple reportedly showed off its mixed-reality headset to board of directors
Harry Potter Actor Tom Felton Admits Playing Draco Malfoy Did Not Make Him Popular With The Ladies, And I Solemnly Refuse To Believe It
How to Get Tickets to The Shins’ 2022 Tour