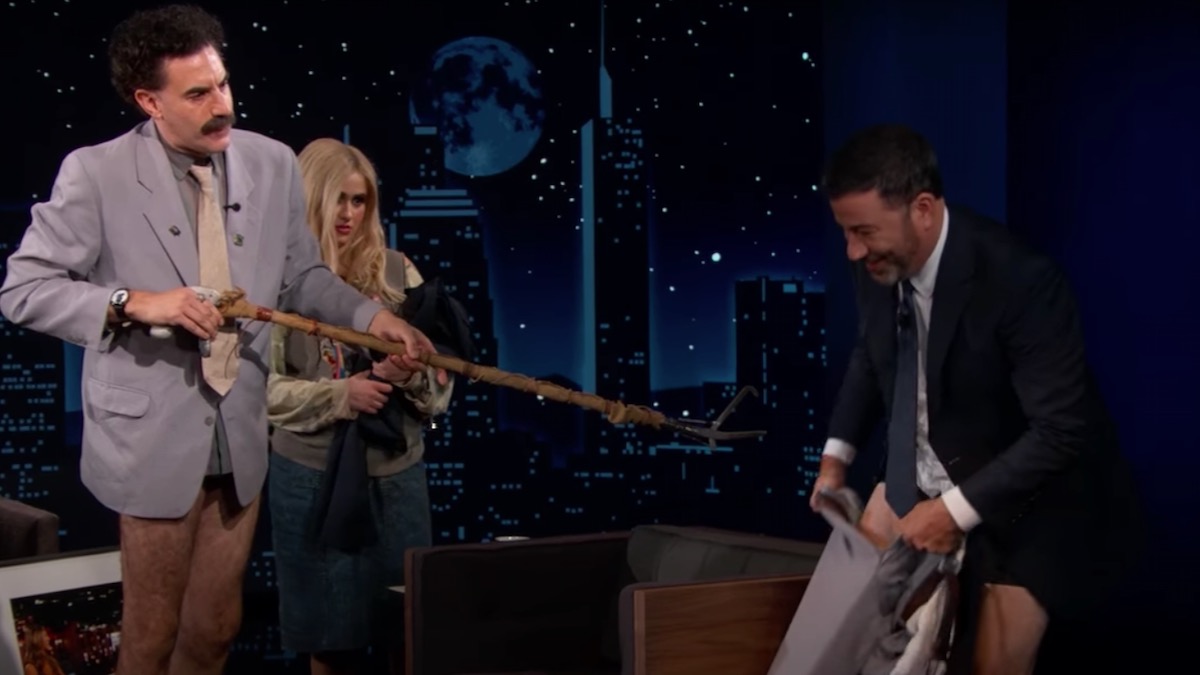 However, before Borat could proceed with the interview, he first needed to ensure that the “coward” virus had not already infected Kimmel’s studio. After smashing the virus with a large cooking plan, Borat then turned his focus to Kimmel himself. “I do not feel comfortable starting this interview until I have done basic questionnaire to make sure you are safe.” Questions included: “In the last week, have you been in the presence for more than 15 minutes of any Jews?”, “As member of Hollywood elite, have you recently drunk any unpasteurized children’s blood?”, When Kimmel answered no to the latter question, Borat followed up with, “Really? Not in any pizza parlors recently?”

Next, Borat attempted to check Kimmel’s temperature by sticking a large thermometer up his rear hole. When Kimmel declined, Borat asked Kimmel to “make liquid release” in a cup, as Conan O’Brien and Jimmy Kimmel had done for him previously.

Once the exam was complete, Borat introduced Kimmel to his daughter. As it turns out, Sandra Jessica Parker  is a “very good thief”, and after grabbing a framed photo off of the studio’s wall, she demanded that Kimmel hand over his pants and shoes. When Kimmel finally relented, Sandra Jessica Parker expressed her desire “to be his wife.”

Catch the replay below. It’s worth noting that Kimmel didn’t get to ask Borat one question during the entire 15-minute segment.