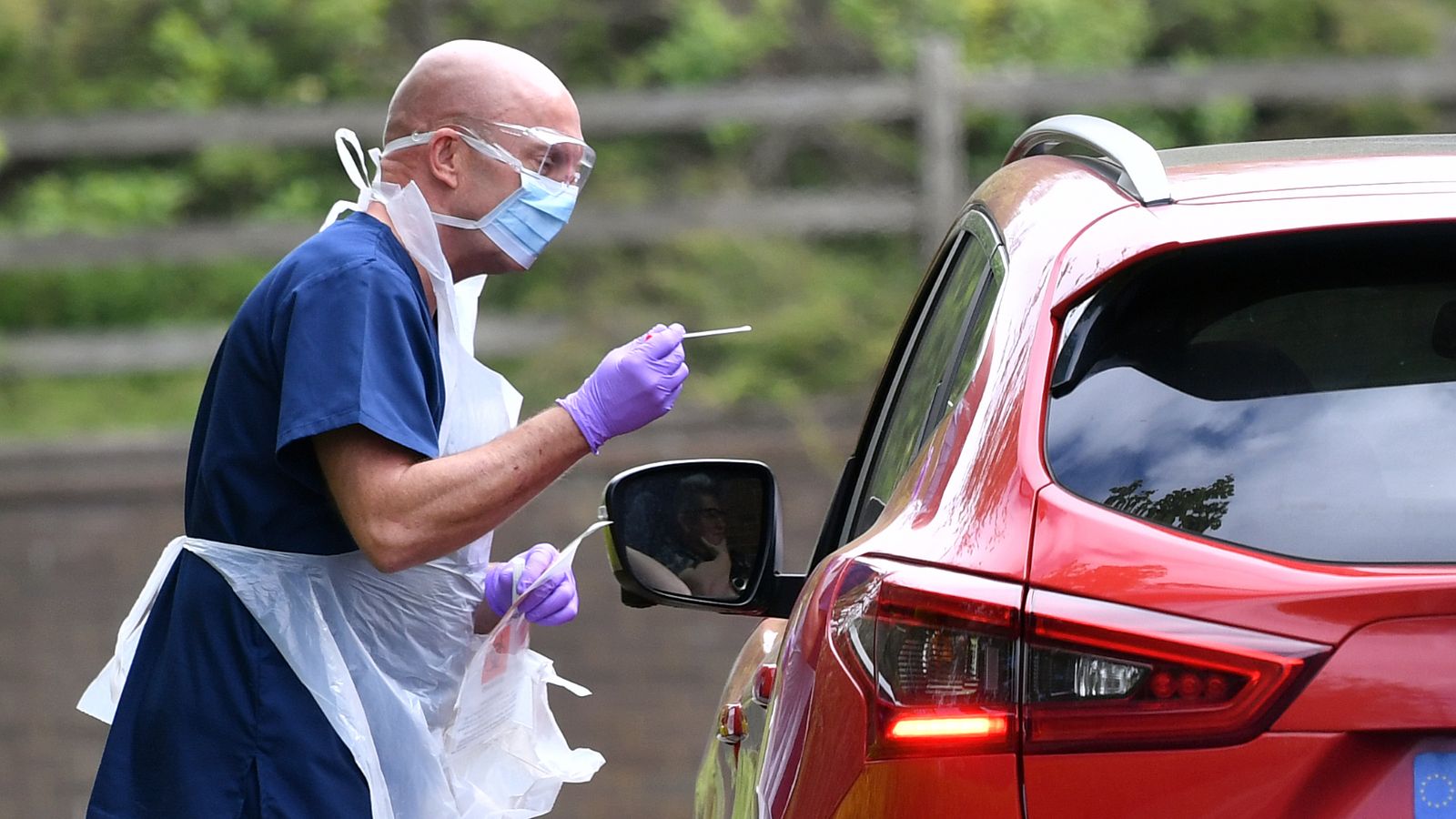 Companies recommended by MPs, peers and advisers were given priority to win government contracts as it scrambled to respond to the coronavirus outbreak, the public spending watchdog has found.

A National Audit Office (NAO) investigation into pandemic procurement concludes that normal standards of transparency were waived as departments awarded 8,600 contracts worth £18bn to tackle COVID-19.

Deals worth £10.5bn were granted without competitive tender. 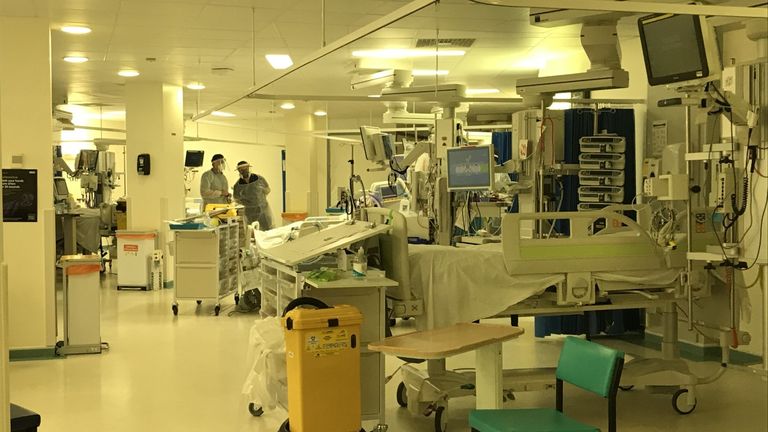 The NAO found the rush to respond to the virus risked a lack of due diligence and scrutiny of potential conflicts of interest.

The findings come as the government faces accusations of cronyism in its response to the pandemic, with senior positions and contracts awarded to political allies of ministers and the Conservative Party.

The investigation found that the scramble to provide adequate personal protective equipment (PPE) to the NHS and care homes accounted for 80% of 8,600 contracts, and made up 63% of the total value.

The contracts were handed out after the government changed its guidance on procurement because of the crisis.

To speed up the process a “high-priority” procurement lane was established to handle leads referred by “government officials, ministers’ offices, MPs and Lords, senior NHS staff and other health professionals,” the NAO said. 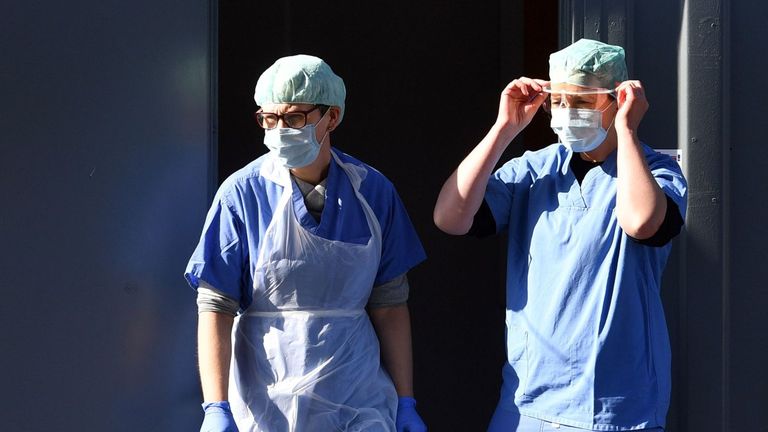 Around one in ten of the companies processed through the high-priority lane (47 of 493) were awarded contracts, but the source of the referrals were not always recorded, the NAO said, and in one case a pest control company was given priority in error.

Fewer than 250 sources for the 493 leads were recorded, including 144 which came through the private offices of ministers, 64 directly from backbench MPs or peers and 21 from officials.

Of the 14,982 companies and approaches dealt with through normal channels just 104 were successful, fewer than one in 10.

NAO chief Gareth Davies said: “While we recognise that these were exceptional circumstances, it remains essential that decisions are properly documented and made transparent if government is to maintain public trust that taxpayers’ money is being spent appropriately and fairly.

“The evidence set out in our report shows that these standards of transparency and documentation were not consistently met in the first phase of the pandemic.”

The NAO highlighted a number of contracts initially reported by the media:

Public First defended its work for the Cabinet Office.

Founding partner James Frayne, a former advisor to Mr Gove, told Sky News: “It has suited opponents of this government to omit this fact but, as the NAO finally makes clear, no great contract was ever agreed in advance with us.

“We agreed a pay-as-you-go deal where we could be terminated at any point if they weren’t happy with our work.

“The reason we worked with government for so long was because we provided useful insight, particularly amongst the hardest to reach groups.”

“The Department of Health and Social Care was fully aware that Mr Mills was an advisor to the Department of Trade and he was also an advisor to Ayanda Capital, and as he was handling discussions with the Cabinet Office PPE Procurement Team he signed the contract,” said chief executive Tim Durkin.

“The masks are fully compliant with the required specifications… It is in our view frankly scandalous that the NHS has decided not to make use of perfectly good masks.”

The NAO concluded that “in the examples we examined where there were potential conflicts of interest involving ministers, we found that the ministers had properly declared their interests and we found no evidence of their involvement in procurement decisions or contract management”.

Labour MP Meg Hillier, chair of the Public Accounts Committee, said: “The government overlooked a serious conflict of interest, paid consultants for months before giving them contracts and purchased masks it knew weren’t up to scratch.

“It’s bad enough that it set up a ‘high-priority lane’ to fast-track companies with the right connections.

“But the failure to track how half the companies had ended up on it made it impossible to ensure proper safeguards were in place.

“The government needs to come clean and immediately publish all the contracts it’s awarded so far.”

Cabinet Office Minister, Julia Lopez, said: “We have been dealing with an unprecedented global pandemic that has posed the biggest challenge to the UK in a generation.

“As this report rightly recognises, we needed to procure contracts with extreme urgency to secure the vital supplies required to protect frontline NHS workers and the public and we make no apology for that.

“We have robust processes in place for spending public money to ensure we get critical equipment to where it needs to go as quickly as possible, whilst also ensuring value for money for the taxpayer.

“It is important to maintain the public’s confidence in how we manage their money, and we welcome the NAO’s scrutiny of our processes and recommendations on how they can be improved”

Croods 2 Box Office; A New Age Puts Up Some Surprising Numbers Over The Thanksgiving Holiday
Best New Shows and Movies on Netflix This Week: Virgin River Season 2, Christmas Specials Up the Wazoo
The Best Shows and Movies to Binge-Watch This Week: Disney Holiday Singalong, Big Mouth Season 4
F1 driver emerges from high-speed crash as car torn in half and bursts into flames
Another national lockdown after Christmas not ruled out by minister