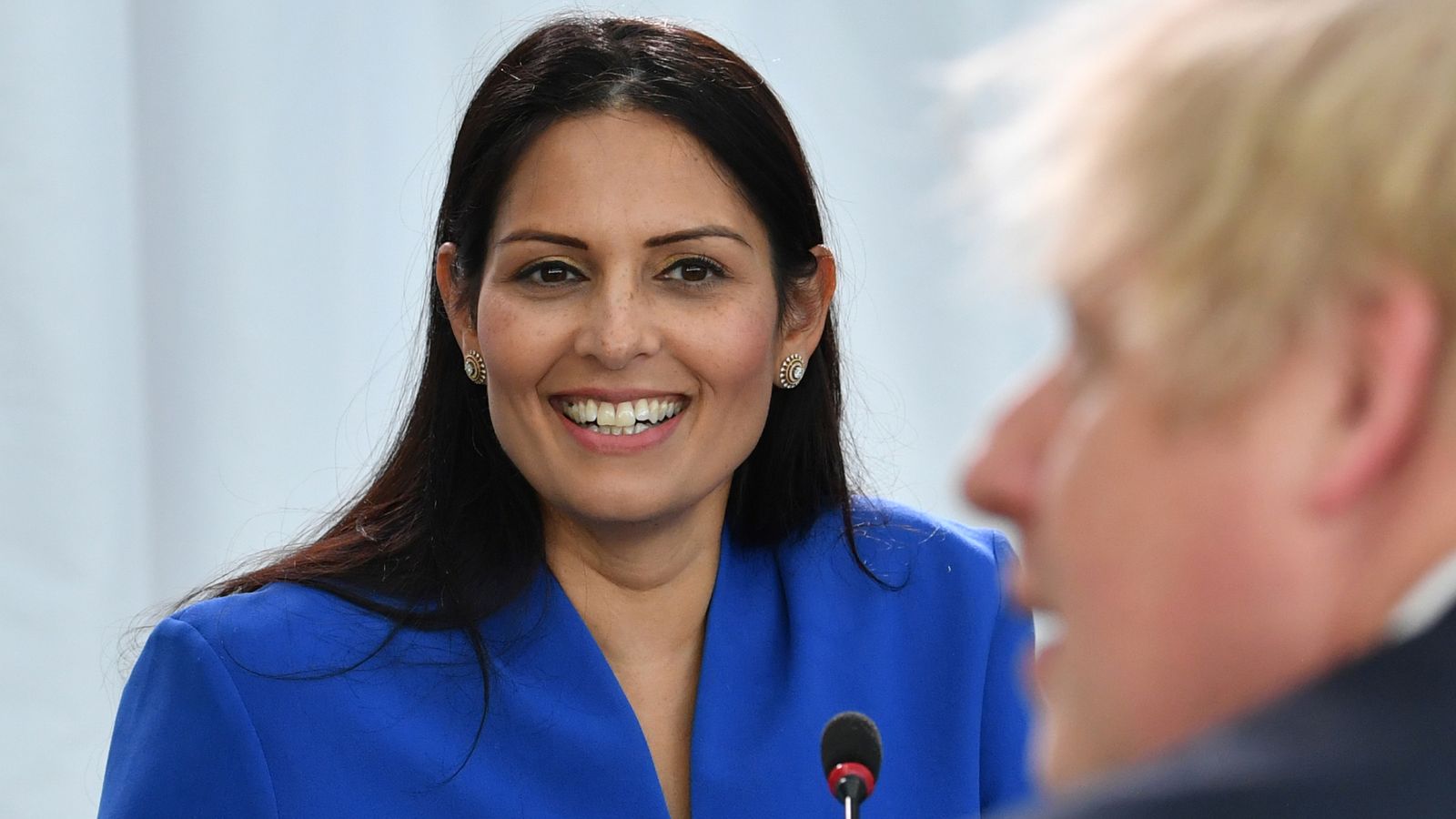 Labour is demanding the publication of the full inquiry findings into allegations of bullying by Priti Patel after she was found to have broken the ministerial code.

Sources with knowledge of the situation told Sky News the home secretary is unlikely to be sacked and will not be issued with a formal warning.

However, Boris Johnson could force her to apologise when he delivers his verdict on her conduct later.

According to reports, she was found to have failed to meet the requirement to treat civil servants with respect and consideration.

Normally ministers are expected to resign if they breach the code, however the prime minister is expected to point to a finding that her conduct was “unintentional”.

Labour, meanwhile, has accused Mr Johnson of presiding over a “cover-up” after it emerged that a fact-finding report into her behaviour will not be made public.

Instead, Mr Johnson is expected to release an assessment of its findings by his adviser on ministerial standards, Sir Alex Allan.

According to The Times, he concluded: “My advice is that the home secretary has not always met the high standards of the code in treating civil servants with respect.

“Instances would meet the definition of bullying. To that extent her behaviour has been in breach of the ministerial code even if unintentional.”

The newspaper said Sir Alex was also critical of some civil servants in the Home Office saying they had not always been as “flexible” as they could have been in “responding to the home secretary’s requests and directions”.

“These revelations could not be more serious,” he said.

“This has all the hallmarks of a cover-up from the prime minister and raises fundamental questions about his judgment.

“His actions are all but condoning bullying in the workplace. In any other area of life this would not be acceptable. Yet again, it seems to be one rule for them and another for everyone else.

“The report needs to be published in full immediately and both the prime minister and home secretary must come before Parliament to answer questions on this mess.” A Cabinet Office investigation was launched in March over allegations that Ms Patel belittled colleagues and clashed with senior officials in three different departments.

It followed the resignation of the Home Office’s permanent secretary Sir Philip Rutnam who accused Ms Patel of a “vicious and orchestrated briefing campaign” against him and is claiming constructive dismissal at an employment tribunal.

Ms Patel has expressed concern at the “false” claims, and allies have described her as a “demanding” boss but not a bully.

A government spokesman said: “The process is ongoing and the prime minister will make any decision on the matter public once the process has concluded.”

Carey Mulligan: 13 Movies To Watch Streaming If You Like The Promising Young Woman Star
YFN Lucci’s Alleged Murder Victim Part of Rapper’s Crew, Ejected from SUV
Some restrictions could go by March and vaccine should be offered to every adult by September
All UK travel corridors will close from Monday amid ‘extraordinary’ pressure on the NHS
‘Don’t blow it now’: Hancock says ‘brighter times’ ahead but public must stick to rules