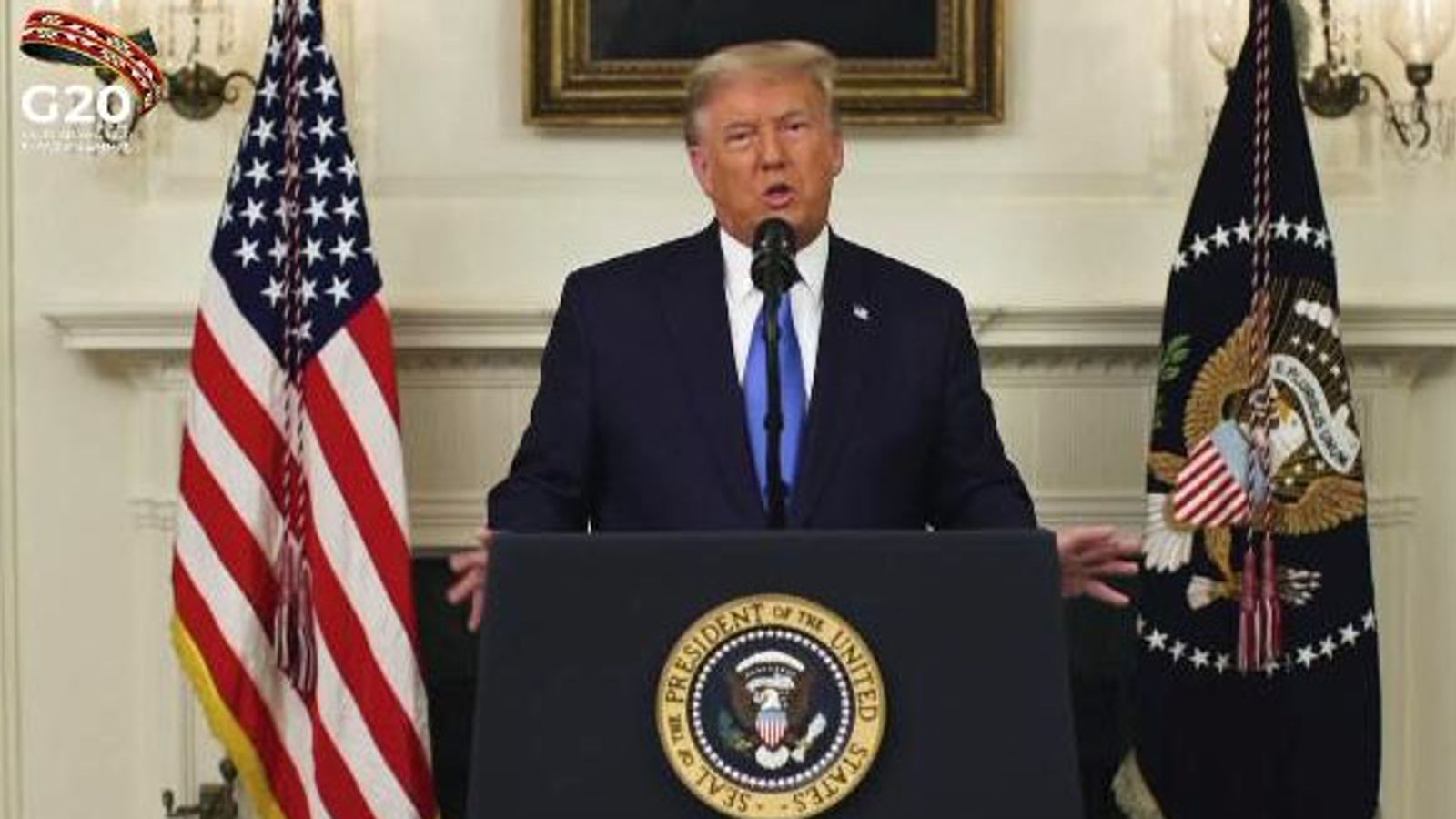 US President Donald Trump has told his team to cooperate on the transition for President-elect Joe Biden but has vowed to keep up the fight.

Mr Trump was defeated by Mr Biden in the US election earlier this month but has consistently refused to accept the result.

On Monday, in a sign that he might be realising that he must leave the White House on 20 January, he said he had given Emily Murphy, the head of the General Services Administration, the go-ahead to proceed with a transition for Mr Biden’s administration.

Mr Trump said in a tweet that his case against the election results “strongly continues”, adding that he and supporters would “keep up the good fight”.

He said: “Nevertheless, in the best interest of our country, I am recommending that Emily and her team do what needs to be done with regard to initial protocols, and have told my team to do the same.”

Earlier, the GSA had ascertained that Mr Biden was the “apparent winner” of the 3 November election, a determination that allows Mr Biden to coordinate with federal agencies ahead of his takeover.

He will have federal funds, an official office, and regular national security briefings as he and vice president-elect Kamala Harris work on the transition.

Ms Murphy, a Trump appointee, made the announcement after Michigan certified Mr Biden’s victory on Monday, and two days after a federal judge in Pennsylvania threw out a Trump campaign lawsuit seeking to prevent certification in that state.

Ms Murphy had been under growing pressure from politicians and others and had missed a deadline on Monday to brief legislators about the delay in beginning the transition, which is usually a routine step between the election and inauguration.

Yohannes Abraham, the executive director of the Biden transition, said Ms Murphy’s decision had given the incoming administration the “resources and support necessary to carry out a smooth and peaceful transfer of power”.

He added: “In the days ahead, transition officials will begin meeting with federal officials to discuss the pandemic response, have a full accounting of our national security interests, and gain complete understanding of the Trump administration’s efforts to hollow out government agencies.”