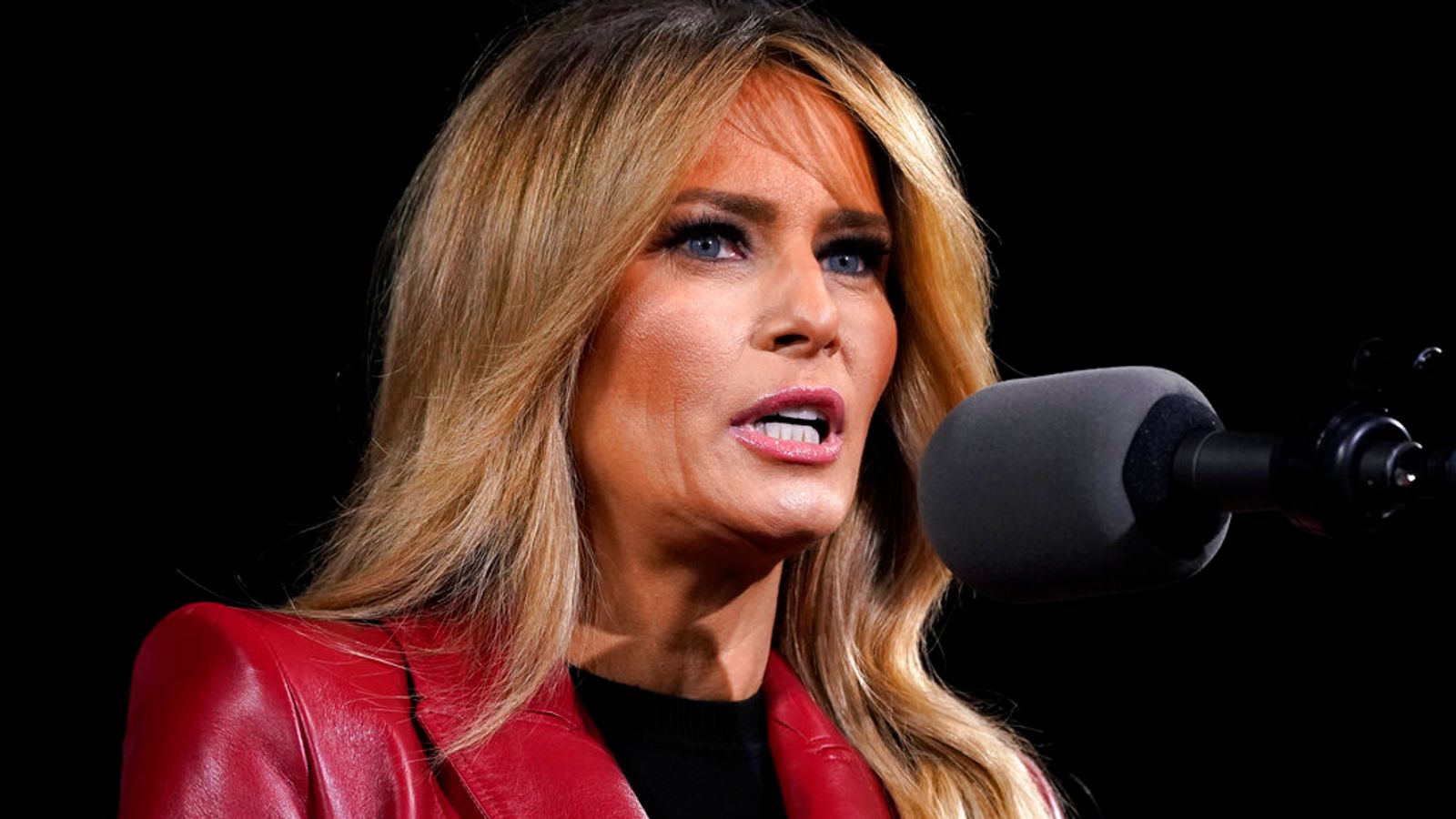 Melania Trump has said she is “disappointed” and “disheartened” by the Capitol riot last week – before adding it is “shameful” she has since been the target of “salacious gossip” and “personal attacks”.

The first lady made the remarks in a statement on Monday as she said “this time is solely about healing our country” and should not be used for “personal gain”.

It is unclear which personal attacks the wife of the outgoing US president is referring to.

However, former friend and adviser Stephanie Winston Wolkoff has criticised the first lady for her “silence and inactions” since the riot.

Ms Wolkoff, who has written a book about her friendship with Mrs Trump, also wrote in an article in the Daily Beast that the president and first lady “lack character” and have “no moral compass”.

Mrs Trump said in her statement that her “heart goes out” to those who were killed when demonstrators stormed the Capitol, before adding: “I am disappointed and disheartened with what happened last week.

“I find it shameful that surrounding these tragic events there has been salacious gossip, unwarranted personal attacks, and false misleading accusations on me – from people who are looking to be relevant and have an agenda.

“This time is solely about healing our country and its citizens.

“It should not be used for personal gain.”

Mrs Trump continued: “Our nation must heal in a civil manner. Make no mistake about it, I absolutely condemn the violence that has occurred on our Nation’s Capitol.

“Violence is never acceptable… it is inspiring to see that so many have found a passion and enthusiasm in participating in an election, but we must not allow that passion to turn to violence.

“Our path forward is to come together, find our commonalities, and be the kind and strong people that I know we are.”

The first lady began her statement by commenting on the coronavirus pandemic.

She said: “Like all of you, I have reflected on the past year and how the invisible enemy, COVID-19, swept across our beautiful country.”

Mrs Trump added later: “Our country’s strength and character have revealed themselves in the communities that have been impacted by natural disasters and throughout this terrible pandemic that has affected all of us. The common thread in all of these challenging situations is American’s unwavering resolve to help one another. Your compassion has shown the true spirit of our country.”

The outgoing first lady released the statement as senior Democrats attempt to remove Mr Trump from office just nine days before the end of his term.

House Speaker Nancy Pelosi has said the House of Representatives will proceed with legislation to impeach Mr Trump because he poses an “imminent threat” to the country’s democracy.

Mrs Pelosi said the House will first try to get Mr Trump’s Vice President Mike Pence and his cabinet to oust him using the 25th amendment with legislation on Monday.

But as this will almost certainly be blocked by Republicans, a full House vote will be convened on Tuesday to pave way for the impeachment process.

This means Mr Trump could become the first president in US history to be impeached twice.