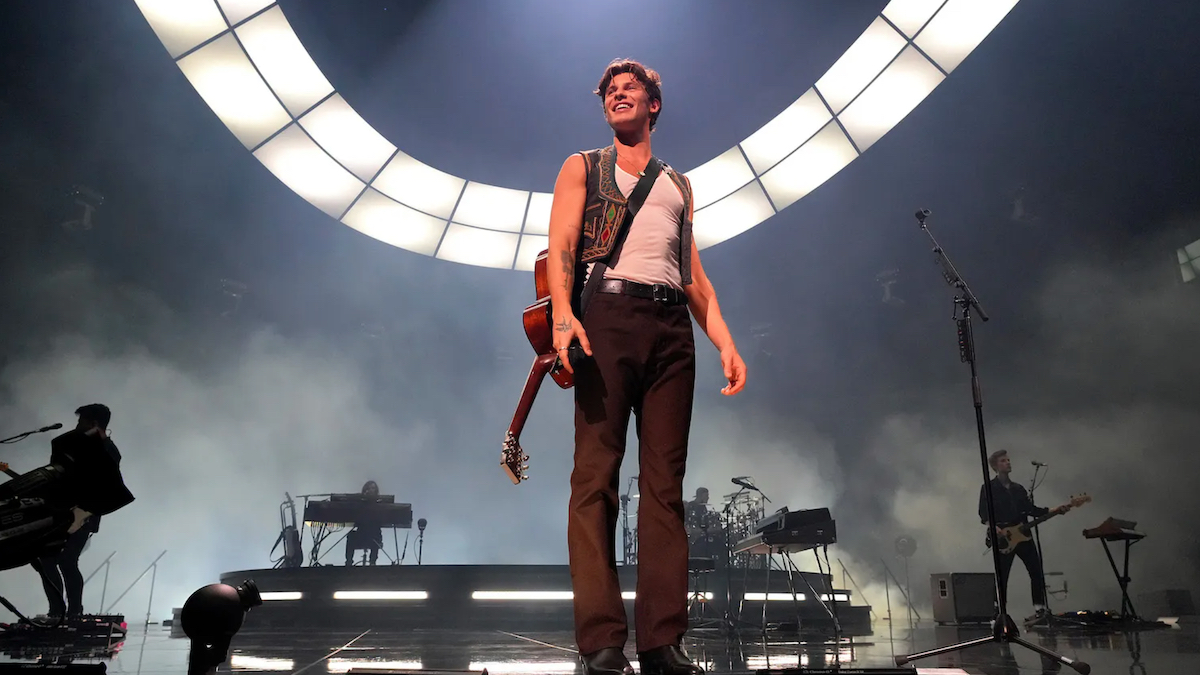 Just days after beginning his “Wonder World Tour,” Shawn Mendes has announced that he’s taking the next three weeks off. The singer wrote on Instagram today (July 9th) that he needed to prioritize his mental health, citing the “toll of the road and the pressure” and saying he’s reached a “breaking point.”

This breaks my heart to have to say this, but unfortunately I’m going to have to postpone the next three weeks of shows through Uncasville, CT until further notice,” Mendes wrote. “I’ve been touring since I was 15 and to be honest it’s always been difficult to be on the road away from friends and family. After a few years off the road, I felt like I was ready to dive back in, but that decision was premature.”

The singer continued: “After speaking with my team and health professionals, I need to take some time to heal and take care of myself and my mental health, first and foremost.” While Mendes has yet to announced rescheduled tour dates, he promised fans he would offer more updates soon.

This isn’t the first time Mendes has cited mental health issues lately: Back in December, he posted a video to Instagram discussing how social media had been weighing on him heavily. Read his most recent update in full below.

Mendes’ tour kicked off on June 27th in Portland; read our recap here. As it stands, he’ll resume shows on July 31st in Toronto. If you still need tickets, head over to Ticketmaster. 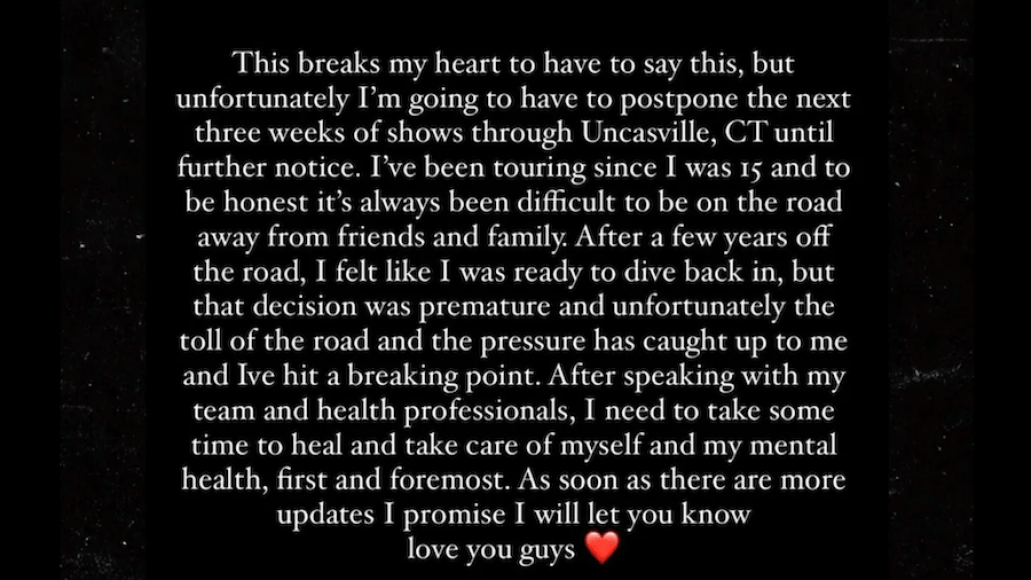