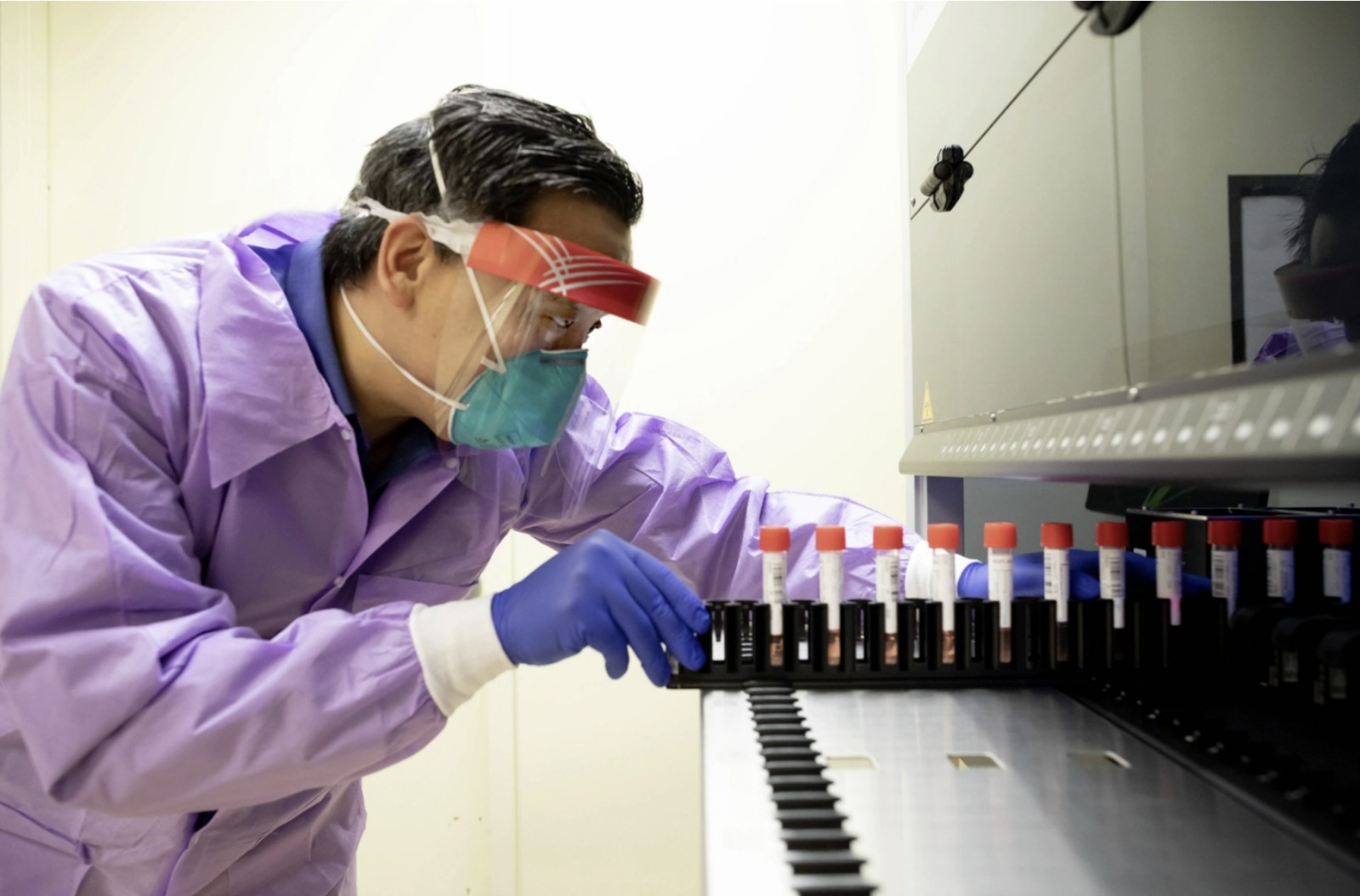 In most of the United States, hospitalizations and deaths from Covid seem to be way, way down. Covid deaths nationwide are 522 a day, a tiny fraction of the nearly 3,900 a day in February. But things are not as quiet as they look.

In Los Angeles County, Covid is ripping the place up.  The LA Times reports that weekly Covid deaths have doubled in the last month. So have Covid hospitalizations nationwide.

L.A. County Public Health Director Barbara Ferrer, warns that, “There’s a lot of misinformation circulating about COVID right now, including that, at this point, it only causes mild illness, Unfortunately,” says Ferrer, “this isn’t true.”

The LA Times backs that up.  “So far in 2022,” reports the Times, “the deaths of… LA county residents from COVID-19 have been… equal to the typical combined toll of the flu, drug overdoses and motor vehicle accidents over an entire calendar year.”

What’s more, many of those dying are young. On Tuesday, July 12th, one of the LA county residents killed by the new Covid variant was in her 30s or 40s and four were between 50 and 64.

Why is LA County being hit so hard?  Says the LA Times, partly because of the plight of the working poor, the low wage workers who are vital to LA’s economic engine, preparing food, delivering it, and working in hospitality and tourism.

LA has vast numbers of these workers living in overcrowded housing. And overcrowded housing is a paradise for an infectious virus.  So even when the poor are fully vaccinated, they are ten times more likely to be hospitalized with Covid than the wealthy.

But there’s more than poverty at work here.  The world is under assault from a new mutation of the Covid virus called BA.5. BA.5 has rocketed from a mere “17% of cases in the country a month ago to 65% last week.”

Says Dr. Eric Topol, of Scripps Research, “BA.5 is the worst version of the virus that we’ve seen.” And it’s the most viciously infectious.

If you’d caught the first version of Covid back in 2020, you’d have infected two to three other people.  But if you catch the new BE.5 variant, you are likely to infect almost eight.

Why is BA.5 so good at spreading? BA.5 has two clever mutations in its spike protein, the spike that allows it to grab, penetrate, and infect one of your cells, then to use your cell to manically mass produce copies of itself, to explode your infected cell like an overfilled balloon, and to shoot new copies of itself, new copies of the BA.5 virus, into your bloodstream.  The new spike protein innovations are called L452R and F486V.  And with them, BA.5 is four times more capable of what Nature Magazine calls “immune escape” than earlier Covid viruses.

BA.5 can evade the immunity created by vaccines or by an earlier Covid infection.  In fact, BA.5 can make you sick, wait until you’re healthy, then make you sick all over again three weeks later.

The symptoms of BA.5 appear to be the symptoms of a cold. With one new twist—back pain.  But don’t let the mildness of these symptoms fool you.  BA.5 can give you long Covid, a condition that can exhaust you and give you brain fog for the rest of your life.

What can we expect from Covid in the future?  Says the queen of the science journals, Nature Magazine, ““Like a Hollywood franchise that churns out sequel after mind-numbing sequel,” Covid will be back.

Other spike protein mutations are already waiting in the wings.

David Montefiori, a virologist at Duke University, believes that COVID will be something we live with for a very long time.  “Maybe forever,” adds Montefiori. “We’re periodically going to see it evolve.”  And burst forth again.

Adds Christian Althaus, a computational epidemiologist at the University of Bern in Switzerland. “One possible future for SARS-CoV-2 is that it will become like the other four seasonal coronaviruses, the levels of which ebb and flow with the seasons, usually peaking in winter and typically reinfecting people every three years or so,”     Althaus says. “The big question is whether symptoms will become milder and milder and whether issues with long COVID will slowly disappear.”

Your best defense against BE.5 remains vaccines.  Vaccines don’t keep you from being infected.  But they do protect you from hospitalization and death.  Why?

Says Dr. Montefiori of Duke University, thanks to the vaccine, your killer cells work together with your antibodies and combined, they’re able to control the virus and “eliminate it from” your “body before you get seriously ill.”

The White House Coronavirus Response Team Coordinator Dr. Ashish Jha explains that there will be a new vaccine in the fall designed specifically to keep BA.5 and new variants yet to come at bay.  But until then, Dr. Jha recommends getting boosted now, then getting the new vaccine when it arrives in a few months.

And experts like L.A. County Public Health Director Barbara Ferrer and Dr. David Wohl, a professor of medicine and infectious disease at the University of North Carolina at Chapel Hill, strongly recommend that in indoor public places, you wear your mask.

Howard Bloom has been called the Einstein, Newton, and Freud of the 21st century by Britain’s Channel 4 TV.  One of his seven books–Global Brain—was the subject of a symposium thrown by the Office of the Secretary of Defense including representatives from the State Department, the Energy Department, DARPA, IBM, and MIT.  His work has been published in The Washington Post, The Wall Street Journal, Wired, Psychology Today, and the Scientific American.  He does news commentary at 1:06 am et every Wednesday night on 545 radio stations on Coast to Coast AM.  For more, see http://howardbloom.institute