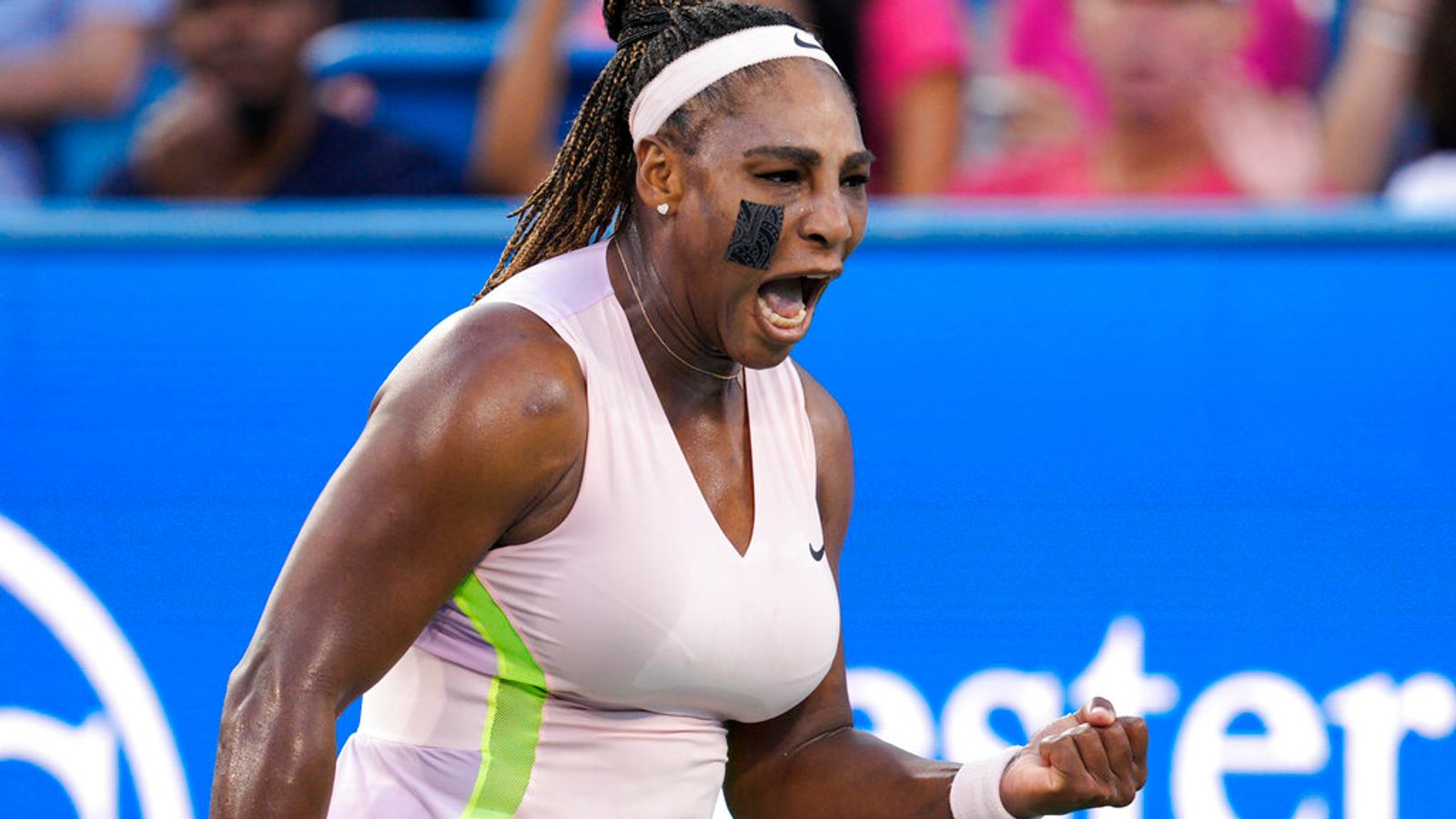 The US Open starts tomorrow – and while there will be a spotlight on British defending champion Emma Raducanu, all the talk in the first few days will be about Serena Williams.

Will it be her final Grand Slam? Probably.

Her final tournament? Probably, too, although in her goodbye letter in Vogue she did leave the door open a little.

But most are expecting that Flushing Meadows will be an emotional last hurrah for the 23-time Grand Slam champion – 23 years after she won here as a 17-year-old.

It is a tennis story that will be told for as long as the sport exists: how a poor black girl from Compton, Los Angeles, along with her sister Venus and coached by her dad, became the greatest female player ever to play the game.

Arguably she is the greatest of all players, man, or woman – someone who has transcended the sport for more than two decades.

Tennis commentator Annabel Croft believes there will be a lot of sadness at the end of this tournament.

“Most of the players have so much admiration for what she’s achieved, how she’s taken women’s tennis to new levels, set the bar,” Croft said.

Williams will also be remembered for “how she plays tactically and physically and even the glamour that she’s brought”, Croft added.

“She’s leaving her mark and there’s a lot of sadness we won’t see her again. She had such an overwhelming record against her rivals that it was difficult to say she had any rivals because she had such a great record against all of them.”

A corridor which leads straight off the players’ entrance to Arthur Ashe Stadium is flanked by photographs of tennis greats and, win or lose, the players have to walk down it to reach the locker room.

It tends to be an emotional few metres if a player is retiring: cameras are allowed in and there’s nowhere to hide if you are feeling overwhelmed, as Andre Agassi discovered as he bid farewell to tennis here in 2006.

He hobbled along this short run of carpet in floods of tears, trying to find his wife, Steffi Graf. The finality of playing his last ever tennis match released a huge amount of grief. It was heartbreaking to watch.

There are likely to be even more tears from Serena, whose love affair with tennis has lasted her entire life, give or take a few breaks here and there.

But could there be one more chapter to write? Could this be the fairytale goodbye in New York for Serena?

It’s unlikely she will even get close to that elusive 24th major title here because she’s played so little tennis.

She popped up at Wimbledon, losing in a dramatic first round match to Harmony Tan, and her build-up on the hard courts since then has not been noteworthy: a second round loss in Toronto and a crushing first-round straight sets defeat in Cincinnati at the hands of reigning US Open champion Raducanu.

For the British number one, it was a confidence-boosting performance just in time for her return to the scene of her life-changing 10-match run last summer.

And what a privilege to be able to say that she shared a court with the great Serena Williams, who even at 40 and ranked over 400 in the world still possesses the greatest serve the women’s game has ever seen.

But what can we expect as the American legend “evolves away from tennis” and moves on to the next stage of her life?

She will believe she has a chance of winning this US Open because that is her modus operandi, and she has a winnable first-round match against Montenegro’s world number 80, Danka Kovinic.

And if Serena gets on a roll, who knows? But based on what she’s seen this year, Croft thinks it’s unlikely she’ll make it far, noting there will be “so much hype around her”.

Croft added: “I don’t know how much she’s enjoying her tennis at the moment. I’m not sure how much energy she has left in her.”

Raducanu knows all about the importance of momentum at Flushing Meadows.

A year ago, having come through qualifying, the little-known Brit took the draw by storm, flying through without fear and without dropping a set.

By the day of the final, Raducanu felt invincible. Superstar status happened overnight, and so did the multimillion-pound blue chip sponsorships, catapulting the Kent teenager to the top of Forbes’ tennis rich list with a fortune of £17.8m, weighing her down with expectation.

It’s been a difficult first year on tour for Raducanu, who had no time to adjust to her elevated status in terms of ranking, tournament level, strength of opponent and public perception, but Croft thinks she may have turned a corner.

“The form we saw when she beat Serena and then beat Victoria Azarenka – those two wins back to back will have given her enormous confidence, probably just what the doctor ordered,” Croft says.

So there have been some timely wins and Raducanu has a fun new coach in Dmitry Tursunov.

The draw could have been a lot kinder, though: the world number 11 starts the defence of her US Open crown against the very experienced and talented French player Alize Cornet – just about the toughest draw she could have got.

As for the other Brits, Wimbledon semi-finalist Cameron Norrie has continued his excellent form onto the hard courts and no one will want him on the other side of the net.

And Andy Murray has got himself back inside the top 50 just in time for his favourite slam.

Could he go on a run?

Croft says his self belief is incredible: “Sometimes his body isn’t quite living up to where his heart is when he’s fighting, but there’s no doubt that’s still there.

“He still believes he has an opportunity, and he’ll never enter a tournament not thinking he can win it.”