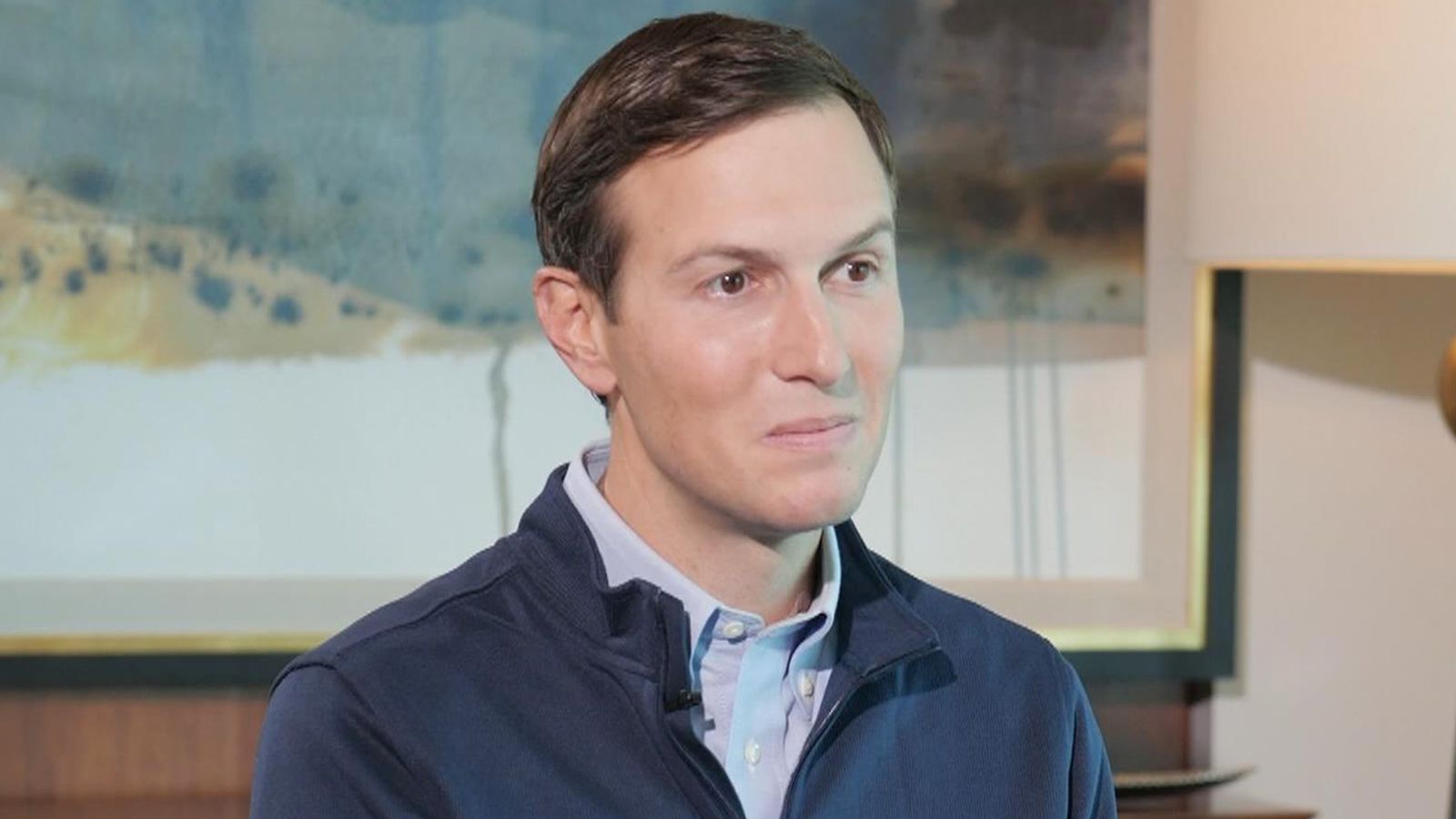 Donald Trump is “obviously thinking” about running for president again in 2024 as “he hates seeing what’s happening in the country”, his son-in-law has said.

Asked if Mr Trump was preparing another run for the White House, he said “nobody can speak for him on that”.

Mr Kushner said he would “rather not go into” what Mr Trump asked him, but added: “But basically, I know that he’s obviously thinking about it.

“He hates seeing what’s happening in the country.

“You know, he had the economy running so well. He filled the hole economically that was caused by COVID. He got us out of it with the vaccine. And again, we had peace in Europe, peace in the world. China was on their back foot.

“And now you have a war in Ukraine with Russia – never would have happened.”

Asked again if Mr Trump was not ruling out another presidential bid, Mr Kushner said: “Like I said, with Trump, it’s hard to rule anything out.

Mr Kushner has dismissed the FBI raid on Mr Trump’s Florida home as “an issue of paperwork”.

A photo showing top secret documents seized during the search was recently released showing cover pages of several paper-clip-bound classified documents, some of which are marked “top secret//sci”.

Mr Kushner said: “I think it’s something that again, this seems like it’s an issue of paperwork that should have been able to be worked out between the DOJ [Department of Justice] and him [Mr Trump].

“I don’t know what he took or what he didn’t take but I think right now we’re relying on leaks to the media.”

Pressed on whether he had seen the photo of documents marked top secret, Mr Kushner replied: “I’ve seen a lot of allegations made by the media over my four years that turned out not to be true.”

Asked if it would have been the wrong thing to do if they were top secret documents, Mr Kushner said: “Like I said, I don’t think we should answer hypotheticals. Let’s wait until we know the facts. And then we’ll see what the right way to go is.

“I don’t know what was taken, why it was taken and what’s been recovered and what the ramification of that is going to be.”

He added: “First of all, he was the president of the United States, he had the highest clearance in the world. So I don’t know if this may be a paperwork issue. Like I said, I haven’t been involved in the details.”

He described how he had gone to Mr Trump to ask to take the hand of his daughter, Ivanka, in marriage, only for the president to tell his daughter before he popped the question.

Mr Kushner also said he supported the Supreme Court decision to overturn Roe v Wade, saying: “I believe in pro-life and so I think it was a properly decided decision.”

Mr. Wilder and Me
‘Take this very seriously’: Florida warned over Hurricane Ian as fuel and food stockpiled
Truss’s ‘favourite’ economist says chancellor ‘took his eye off ball’ and ‘overstepped the mark’ with mini-budget
My Brother Is Away
The Bird Feeder