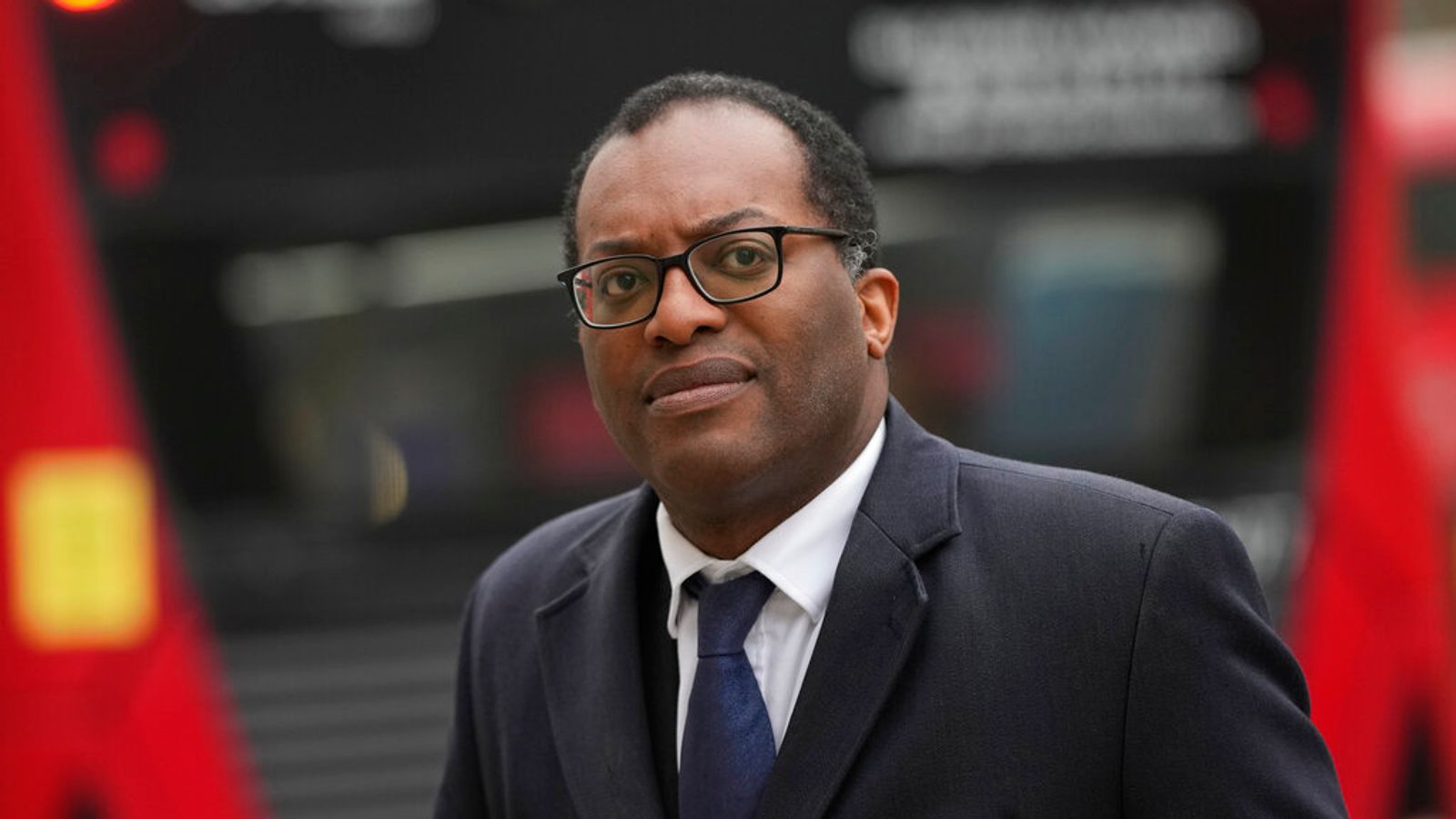 The bosses of Britain’s biggest banks will hold talks with the new chancellor on Wednesday as he tries to exert a grip on the stalling UK economy.

Sky News has learnt that Kwasi Kwarteng has convened a meeting with the chief executives of lenders including Barclays, Lloyds Banking Group and NatWest Group just hours after being appointed to the post.

City sources said the meeting was to set out the government’s approach to the economy as Liz Truss’s administration attempts to respond to the crisis triggered by soaring global inflation.

The £100bn-plus energy relief package that Ms Truss is expected to finalise this week is not thought to be a central plank of Mr Kwarteng’s agenda.

Ministers are understood to be planning to finance their energy market intervention through additional government borrowing rather than loans to energy suppliers to subsidise bills.

Britain’s biggest banks have been told by the City regulator to outline how they plan to support their customers through the cost of living crisis, and the new chancellor is likely to impress upon them the importance of doing so, according to one insider.

HSBC, Santander UK and Nationwide, the UK’s biggest building society, are also expected to be represented during the talks with Mr Kwarteng.

A source said Virgin Money might also be present.

The chancellor, who will replace Rishi Sunak, Ms Truss’s rival for the Conservative Party leadership, is likely to meet the bank chiefs on a regular basis as ministers seek to weather the current economic turbulence.

None of the banks contacted by Sky News would comment on Tuesday evening.