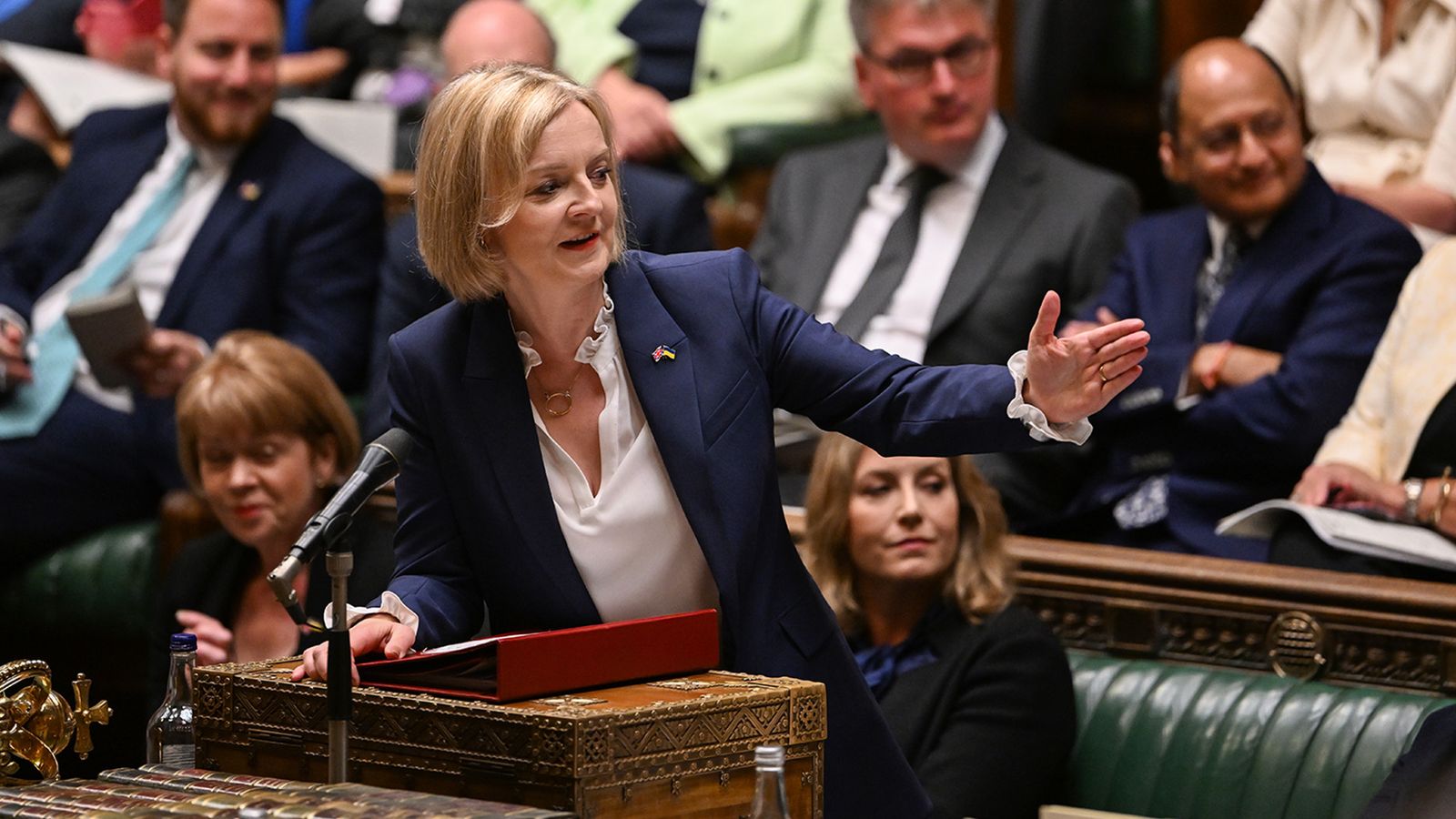 Liz Truss will set out her plan on Thursday to help households and businesses with soaring energy costs.

Downing Street said the action would be “bold” and “decisive” and will support people across the UK facing rocketing bills, whilst also increasing domestic energy supply.

Ms Truss is due to unveil her proposals to parliament, opening a general debate in the Commons on energy costs.

Ahead of the announcement, the new PM said: “I know families and businesses across the country are worried about how they are going to make ends meet this autumn and winter.

“Putin’s war in Ukraine and weaponisation of gas supply in Europe is causing global prices to rise – and this has only made clearer that we must boost our long-term energy security and supply.

“We will take action immediately to help people and businesses with bills but also take decisive action to tackle the root cause of these problems, so that we are not in this position again.

“We will set out our plans to deliver on that promise and build a prosperous Britain for everyone.”

After months of criticism over a lack of additional help to manage the effects of energy-led inflation, which is at a 40-year high, Ms Truss’s plan to tackle the cost of living will be the first major policy initiative of her premiership.

Early indications suggest a price freeze is on the way – and the Treasury may shield families completely from covering the cost of the scheme, meaning the cost will not be passed down through future bills.

She is expected to freeze household bills at about £2,500, but has rejected the idea of using a windfall tax on oil and gas giants’ profits to fund the package – reported to cost up to £150bn.

Bills would fall back to the current level of around £2,000 once the £400 grant for every household and other bill adjustments are factored in.

A government source has told Sky News that the Treasury would effectively provide financing, directly through government borrowing rather than state-backed loans, to cover rising wholesale gas costs for both households and businesses.

This would allow domestic gas and electricity suppliers to provide energy at around their current average annual rate – possibly until the next election in 2024 – as wholesale prices continue to soar in the face of Russia’s war in Ukraine.

Simon Clarke, the levelling up secretary, remained tight-lipped about the details of the plan when he appeared on Sky News on Thursday morning. But he promised “meaningful action”, adding: “This is something we have to do. The country can’t really think about anything else until we’ve done this.”

The promise of additional help follows an unprecedented surge in the price of raw energy, exacerbated by Russia’s invasion in February.

It was announced last week that the energy price cap, which covers the vast majority of households, would rise 80% to an average annual total of £3,549 from October.

There is no bigger issue facing the UK than energy bills, and no bigger announcement than Liz Truss’s support package which we expect tomorrow.

Handing out billions in financial help is a rare opportunity to establish herself positively with the public, as Rishi Sunak did when he announced the furlough scheme at the start of the COVID pandemic.

But the PM’s Conservative colleagues tell me there has been little consultation, and “the devil will be in the detail”.

What about people not on the gas grid? What about homes that rely on LPG for heating? Or those who use oil and may have already forked out to fill their tanks over the summer? And how will energy intensive businesses be supported?

There must, however, be a limit to the government’s support, because ministers know that changing behaviour and reducing energy consumption is part of the challenge.

MPs argue that if the plan doesn’t ‘land well’ they will know from constituents within days via their email inboxes and postbags.

Keir Starmer is aware there is significant public support for forcing oil and gas companies to forgo some of their profits to help. He will likely repeat his call for a windfall tax – who pays is now the ideological dividing line in this debate.

We would normally expect the package of support to be unveiled in the commons during a ‘ministerial statement’, with the PM answering questions from MPs – potentially for hours. Controversially this has been switched for a ‘general debate’ in which Liz Truss will make a speech and leave shortly after.

There is speculation that sum could exceed £5,000 next year.

Businesses, which are not covered by the price cap, have had to swallow rising gas and electricity costs much earlier, exposing them to bills that are unsustainable risking jobs and further inflation as they pass on costs to customers.

It is understood that firms, though not necessarily big business, will receive additional help to mitigate the energy increases already seen.

Ms Truss was pressed on her energy plans by Sir Keir Starmer during her first session of Prime Minister’s Questions at noon on Wednesday.

“I will make sure that in our energy plan we will help to support businesses and people with the immediate price crisis, as well as making sure there are long-term supplies available,” she said. 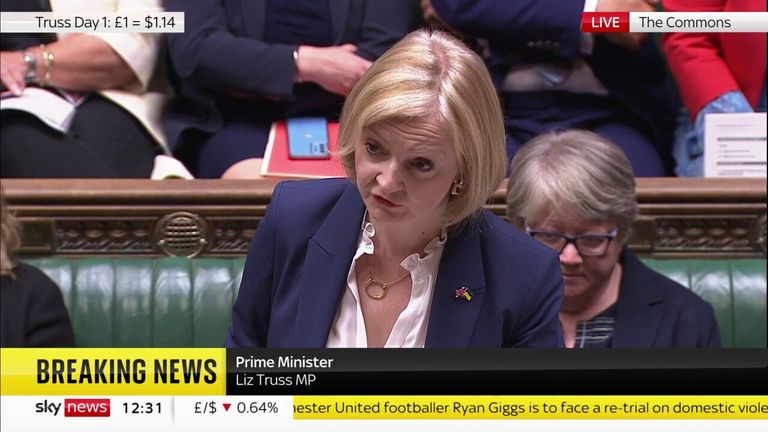 ‘I will make sure people can afford their energy bills’, says Liz Truss

Ms Truss added that her plans will give people “certainty to make sure that they are able to get through this winter and be able to have the energy supplies and be able to afford it.”

But, responding, Sir Keir criticised Ms Truss’s refusal to tax the profits made by oil and gas firms, saying: “Is she really telling us that she is going to leave this vast excess profits on the table and make working people foot the bill for decades to come?”

Earlier on Wednesday, the governor of the Bank of England told MPs he welcomes the prospect of a “clear policy stance” on tackling the surge in the energy bills, as markets fret over the country’s economy.

Andrew Bailey said it was “important” that a clear way forward emerged following the end of the Tory leadership race, which coincided with six weeks of volatile market behaviour.

During her first address outside Downing Street after being officially appointed by the Queen, Ms Truss said the UK would “ride out the storm” of soaring energy costs and promised action this week to help households.