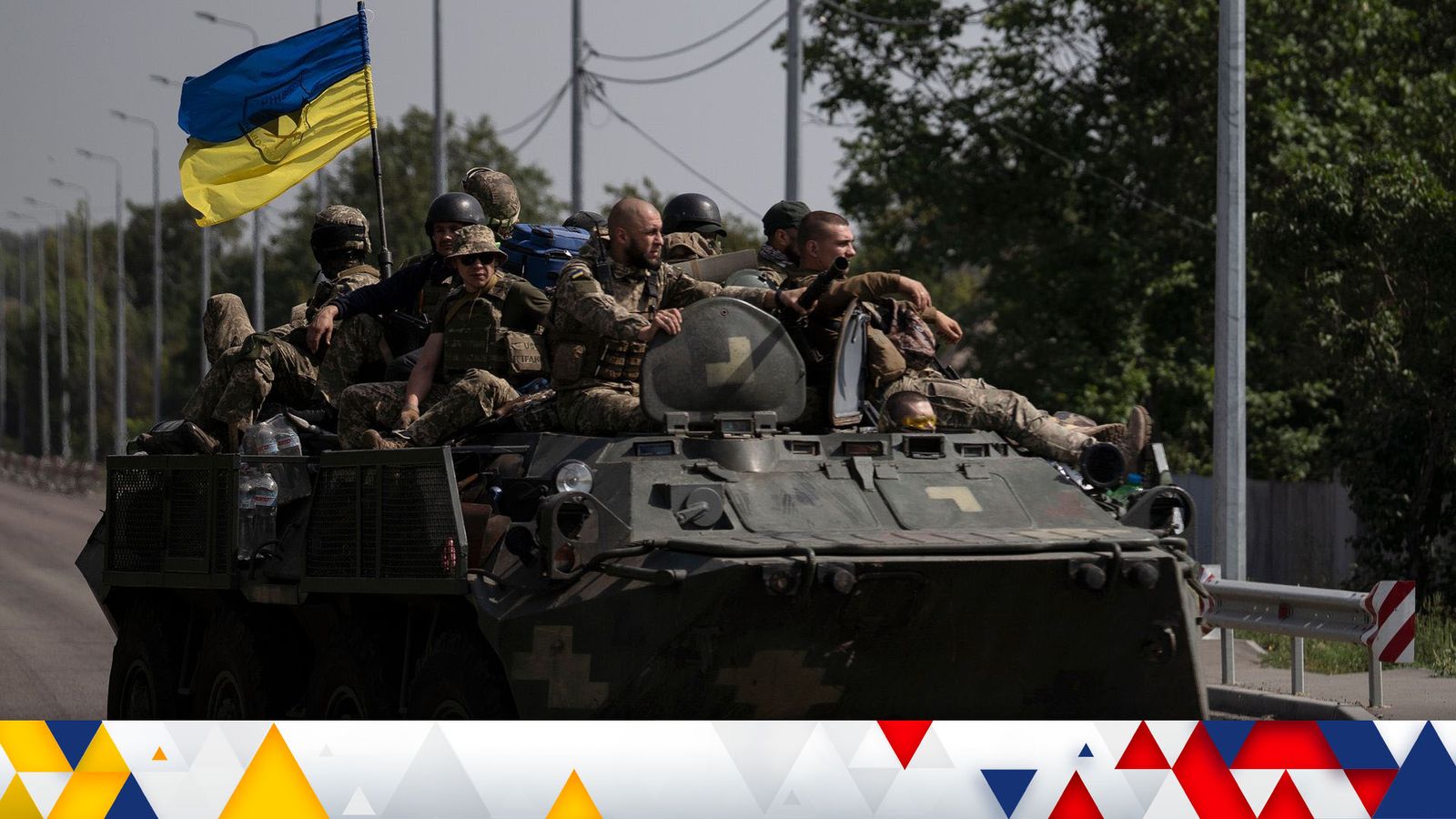 Ukrainian forces have continued to make “significant gains” in the Kharkiv region as its counter-offensive against Russia continues.

The UK Ministry of Defence has said that Russia has likely withdrawn units from the area in northeastern Ukraine, in its daily intelligence briefing update.

The shock advance by Ukrainian forces in the past four days has seen Russia order its troops to withdraw from two front-line positions, marking a significant gain for the Ukrainian military.

The country’s president Volodymyr Zelenskyy has said Ukraine’s military had liberated around 2,000 square kilometres of territory since the counter-offensive started.

While it has recaptured territory in the Kharkiv region, the country’s second-largest city, fighting continues around the strategically important cities of Kupiansk and Izyum.

Izyum was captured by Russia at the start of the war and has remained under their control ever since.

Ukrainian flags have been spotted in villages, towns, and cities in the eastern region.

In its update, the defence ministry also dismissed Russian claims as untrue after Vladimir Putin’s assertion that only a fraction of grain exported from Ukraine under an international deal was going to poor countries.

On Wednesday, Mr Putin said that only two of 87 ships, carrying 60,000 tonnes of products, had gone to poor countries. 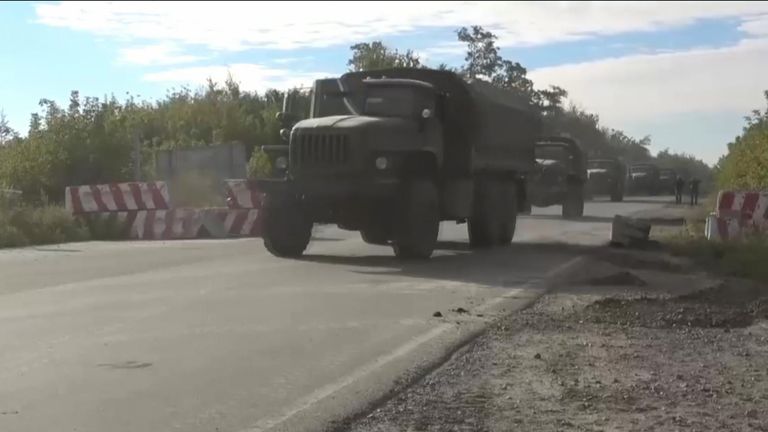 The deal to allow grain exports from Ukrainian Black Sea ports, brokered by the United Nations and Turkey, took effect last month. Quoting UN figures, the ministry said that around 30% of grains exported under the deal have been supplied to low and middle-income countries.

The ministry said that Russia is pursuing a “deliberate misinformation strategy” to deflect blame for food insecurity issues and discredit Ukraine.

In southern Ukraine, the last reactor at the Zaporizhzhia power plant has been shut down after it was reconnected to the electricity grid.

The six-reactor plant, which is Europe’s largest nuclear power station, was disconnected from the grid last week after all its power lines were cut off due to shelling in the area.

Energoatom, Ukraine’s atomic power operator, said one of the power lines was restored late on Saturday, allowing plant operators to shut down the last reactor.

While both sides accuse each other of shelling near the plant, which has been occupied by Russian forces since the early stages of the war, fighting around it has triggered concerns of a nuclear disaster.