President Volodymyr Zelenskyy has sent Christmas wishes to the UK and thanked Rishi Sunak’s government and the public for their support as Ukraine’s war against Russia continues.

In an earlier message, the prime minister had posted a short video on social media with the message: “This Christmas, we’re with you Ukraine.”

Responding, Mr Zelenskyy posted: “I’m grateful to Rishi Sunak and the entire British people! We feel your support. We feel the light and the warmth of your hearts.

“Light always prevails over darkness. Thus together, we will defeat evil and restore peace in Ukraine, Europe, and the world. Merry Christmas, friends!”

It comes as the Ukrainian people face their first Christmas since the Russian invasion.

The prime minister made four apparently surprise calls to diplomats and the crew of a naval ship to express his gratitude for their “sacrifices” after an “extraordinary year” – in a break with tradition from the usual Christmas broadcast to the nation.

Footage of the calls,, published on Friday comes during a winter being strained by widespread public sector walkouts hitting the NHS, the postal service and transport networks.

By calling the HMS Protector crew and diplomats in Pakistan, Somalia and Ukraine, and a holiday activities and food programme in London, Mr Sunak was seeking to portray the value he places on public service.

In a statement, he said: “Whether you are working in Mogadishu or Milton Keynes this Christmas, I want you to know that I am personally grateful for your sacrifice.”

He added: “Those who have checked on friends and neighbours, volunteers, public servants and essential service staff all working over Christmas – I am truly humbled by your dedication and I know your selflessness this festive season will spread cheer across the country.”

Mr Sunak’s message came as thousands of Border Force staff started the first of a series of strikes at airports, joining national highways workers and Royal Mail staff in demands for better pay as the cost of living crisis worsens.

Armed forces personnel have been drafted in to minimise disruption and will be paid £20 daily bonuses for standing in for striking workers over the festive period, Defence Secretary Ben Wallace announced on Friday.

The leader of the striking Border Force staff has warned travellers could face months of disruption unless the government makes an improved pay offer, saying there is a “crisis of poverty” within the civil service.

Yesterday, nurses announced that they are planning walkouts on two consecutive days next month, compounding pressure on the health service that has already faced strikes by nurses and ambulance staff.

The PM will spend his first Christmas as prime minister in his constituency of Richmond in North Yorkshire, with Downing Street saying he will be updated on any urgent issues while taking some time off. 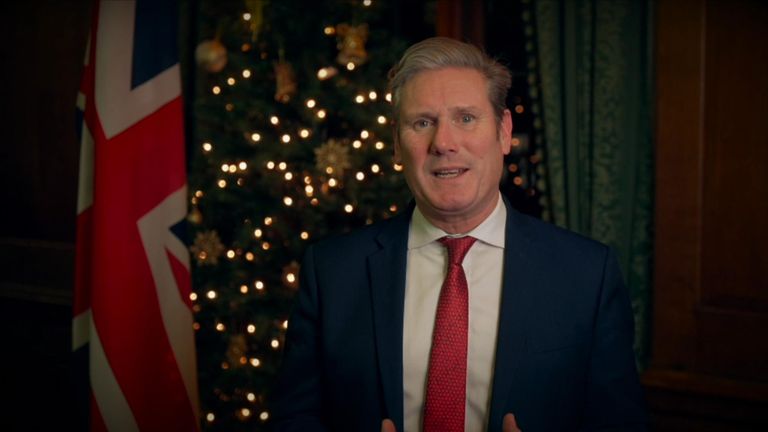 In a more traditional address, Labour leader Sir Keir Starmer reflected on the hardship being faced by Ukrainians as Russian President Vladimir Putin bombards the power grid with missiles as the war grinds into its second year.

“I hope this Christmas is a joyous and relaxing time for you, however you are spending it. I’m looking forward to sharing time with my family, away from the day-to-day of work,” he said.

“But as I do, I will be keeping in my heart all those who are working to keep us safe.

“Those looking after the less fortunate, and our friends in Ukraine, facing the horror of Putin’s appalling attacks. Their struggle for freedom inspires us all.” 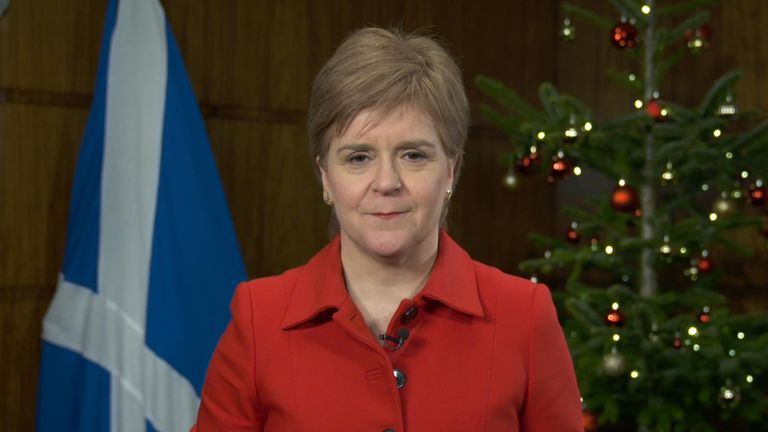 SNP leader Nicola Sturgeon used her address to call on people to think about how they can help others this Christmas amid the cost of living crisis.

“I also want to thank all those for whom Christmas isn’t a holiday at all – the men and women serving in our armed forces, those caring for us in the NHS, and looking after us in police and fire,” she added. 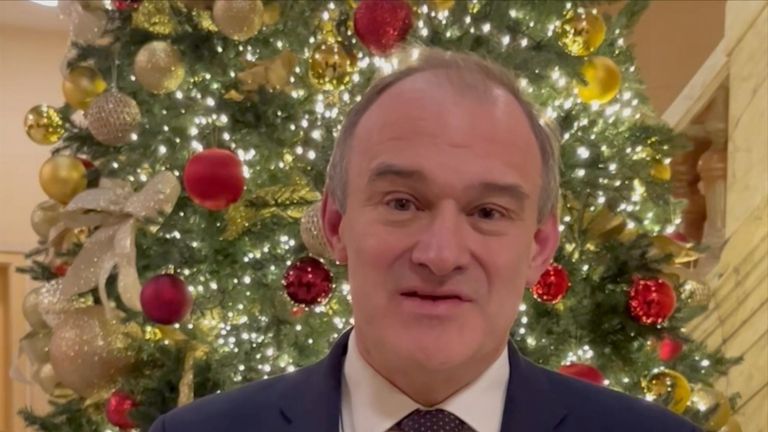 Liberal Democrat leader Sir Ed Davey said he was wishing for a festive season full of “hope for a better future”.

“And let us hold in our hearts those less fortunate than ourselves, who won’t share Christmas with the comfort of family, whether because loved ones have died, or they’ve been separated by war and destruction,” he said.

BMW in talks with UK government over £75m grant for electric Mini
‘It changed me’: The investigation into one of history’s worst space disasters – and its legacy
The Ark Season 1 Episode 1 Review: Everyone Wanted to be on This Ship
ROSSY announces her first-ever headline tour with Brownies & Lemonade
King Charles won’t appear on new Australian banknote – here’s why